So I was inspired by (one of my favourite people) Samantha Barks’ movie playlist for Sky Movies (which you can check out here + here!

I’m gonna do a top 5 as Samantha has 4 of my top 10 on her list! I don’t want to sound repetitive :’)
(but Grease, Love Actually, Les Miserables + Chicago are fantastic, right?)

I should note this is in no particular order, really. Just ordered in how I thought of them (because Grease would trump everything) 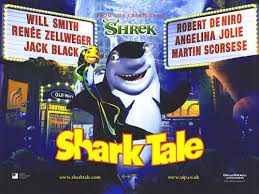 Is it just me that thinks this film is so underrated?! LOOK AT THE CAST.

This is about a fish named Oscar who thinks he’s all that, gets a bit of an ego and befriends a shark called Lenny that’s pressured to be scary by his family. It’s a great film about friendship and the cast + script are fantastic. It’s so good, man. Watch it.

4. A Million Ways To Die In The West 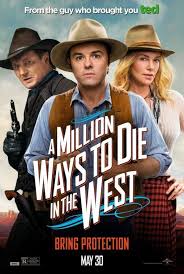 I can feel people judging me, already. STOP.

I don’t care to be honest, I friggin LOVE this film. I think Seth MacFarlane is a bloody genius. And I prefer this film to Ted.

So Seth Macfarlane plays this guy called Albert who is a bit of a nerd, his girlfriend dumps him bc he’s a pussy and Anna (Charlize Theron) helps win her back. This film is set within the Western Frontier in 1882 but told with a modern tongue.

This film was hilarious and well written. Seth is a pretty darn good actor on the screen! Charlize Theron, Amanda Seyfried, Liam Neeson + Neil Patrick Harris round out the supporting cast and they are brilliant in their roles too! 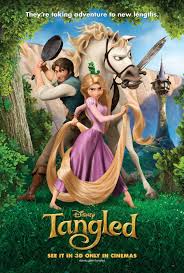 The story is wonderful. The music is wonderful. I’m fairly certain everyone has seen this film but if you haven’t then you should!

Seriously, ‘I See The Light’ makes me feel emotional. 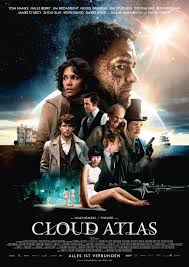 This is such a strange yet beautiful film. I can’t quite describe it but there’s all these stories from different points in time (from the 1800’s to waaaay in the future) yet somehow the characters all interlude with each other but there’s philosophical undertones silently debating whether you can have multiple rebirths.

Based on the novel by David Mitchell, with a stellar cast including Hugh Grant, Tom Hanks, Halle Berry, Ben Whishaw, James D’Arcy and directed by The Wachowskis and Tom Tykwer it’s brilliant. It does take a couple watchings to get used to it but I would still recommend it. 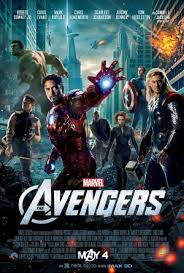 This was actually my first fore ray into the Marvel Cinematic Universe as I hadn’t seen the previous films when I saw this in the cinema. But I blame this film for my love of the Marvel Cinematic films. They’re all very good but I think Phase Two (Iron Man 3 onwards) are a stronger set of films than their predecessors