(I realise that it’s almost Saturday by the time this is posted but I got right into bed and realised I hadn’t posted today’s post! Ooooooops!)

Hello! It’s been a while since I’ve done one of these! Friday Reads is where you post about what you’re reading this weekend! 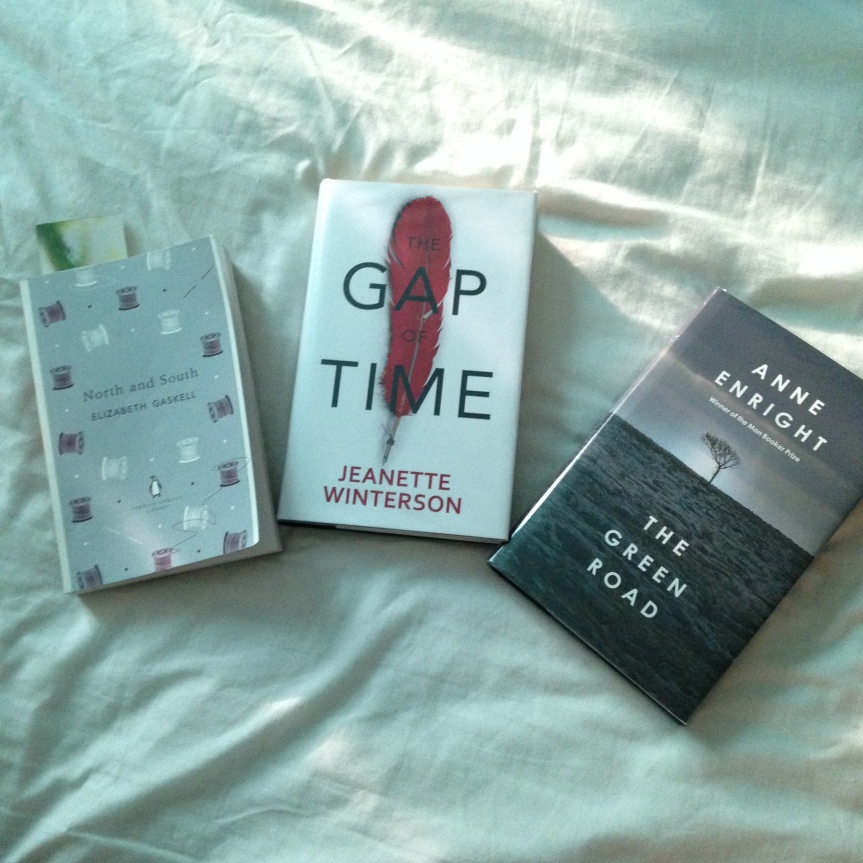 At the moment I am in the middle of North and South by Elizabeth Gaskell. I feel like I’ve been reading this since the dawn of time. I’m liking it, not particularly loving it but I am hoping to finish it this weekend.

And from the library I checked out The Gap of Time by Jeanette Winterson as I’m really intrigued by the Hogarth Shakespeare retellings series that this is a part of. And I also checked out The Green Road by Anne Enright as it was longlisted for the Man Booker this year and I recently joined a Man Booker book club on Goodreads and want to catch up!

I also discovered on Tumblr that there is a campaign going around the Booklr side of Tumblr called #ReadWomen where all you gotta do is read female authors throughout the month of December! The tumblr for that is http://read-women.tumblr.com/

I think it’s such a cool idea and I believe they are hosting a giveaway as well if you submit photos of the books by female authors that you’re reading! (Do correct me if I’m wrong but I can’t find the post!)

Thanks for reading and happy weekend!