This is SUCH a delayed post! It’s only recently that I have decided to start posting more and more theatre content alongside my bookish content. But now I am catching up with shows that I have seen in September that are still running. So, today I bring you my review of The Bodyguard, the musical based on the 1992 film starring Whitney Houston. 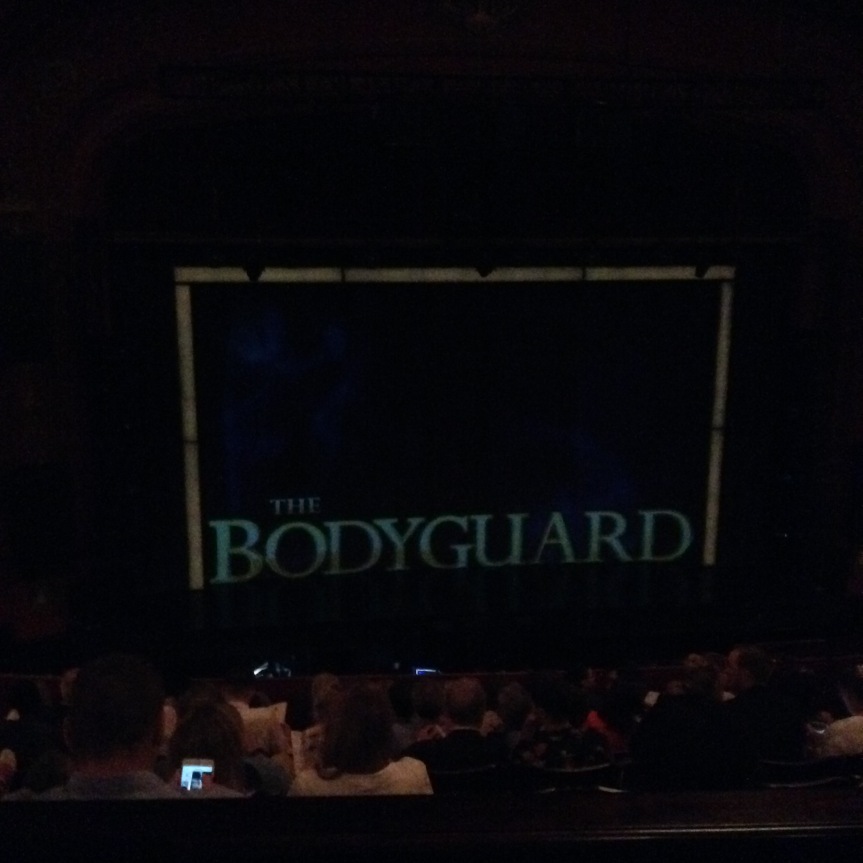 I went with my parents to see this. And the tables had been turned! This was my first time seeing the show, whereas this was my parents’ second time seeing the show – having seen the original run at the Adelphi theatre in 2012. Now, every single time I revisit a show, my Dad is always quick to bring out the “but you’ve seen it before!” card. So it was definitely an irregular experience where my parents knew more about the show then I did!

In case you’re unfamiliar, The Bodyguard is a show that follows Rachel Marron – an international singing sensation. With a stalker. So her team hire Frank Farmer as her Bodyguard to protect her from this stalker. And throughout the show, you get to see Rachel & Frank’s relationship develop.

I had only known minor bits and pieces of the film the show is based on. It’s a popular film amongst my family so I probably have seen it but a very long time ago. But I really wanted to see Beverley Knight back on the West End after adoring her in Memphis! But I only got to see her perform for about the first 40 minutes or so of the show!

She opened the show spectacularly with a brilliant rendition of Queen of the Night. But as the show carried on, you could tell it was getting harder and harder for her to sing because she looked like she was straining a bit during the songs! Eventually, they stopped the show and the company manager came on stage to tell us that Beverley was too sick to continue performing. And so Rachel John would then take over and finish the show playing Rachel Marron. During the show Rachel was already playing Nicki Marron, Rachel’s sister and had already wowed the audience with a brilliant rendition of ‘Saving All My Love For You’ already in the show. And she came on and finished act one with “I Have Nothing” and her transition into playing Rachel Marron was SO EFFORTLESS. My parents and I were blown away!

The entire company outdid themselves and I was thoroughly entertained. The Dominion Theatre has a MASSIVE stage, that it felt like being at a concert, which was indeed fitting. The Bodyguard is a fantastic piece of theatre and definitely a good night out if you’re in London. I can see why my parents wanted to come back!

The Bodyguard is running at the Dominion Theatre until January 7th.  You can find more information at http://thebodyguardmusical.com