I had a massive reading binge over the Christmas break. What with the office being closed and being on a blogging break, I certainly had the time to get down to it. Here are three fantastic young adult books that I read over the break.

Birdy is a fantastic, thrilling ride of a novel. The main character, Frances, has always been one of the most quietest people at her school. But when she’s asked to show the new girl, Alberta, around the school, Frances finally finds a best friend. Filled with secrets and a shocking ending, Birdy had me gripped every page that I read. There’s also a wonderful subplot about Frances’ relationship with her grandparents, which I don’t often read about & enjoyed. I first picked this up at YALC in 2015 and I’m so glad to have finally read it.

Radio Silence is the ultimate love letter to fangirls, fanboys, fanpeople alike.The main character (also called) Frances is your typical straight A, head girl student at her school. But on the side is a massive fan of a podcast called Universe City and draws Universe City related art on her Tumblr. It’s a brilliantly well written book. Alice Oseman showcases the decision of whether or not to go to university; something I can definitely relate to. She also presents a opposite gendered friendship with no romance attached at all. There’s also moments about being in/attracting attention from fandoms. I loved all the characters, I just wanted to befriend all of them. This is definitely a book for the Tumblr generation. 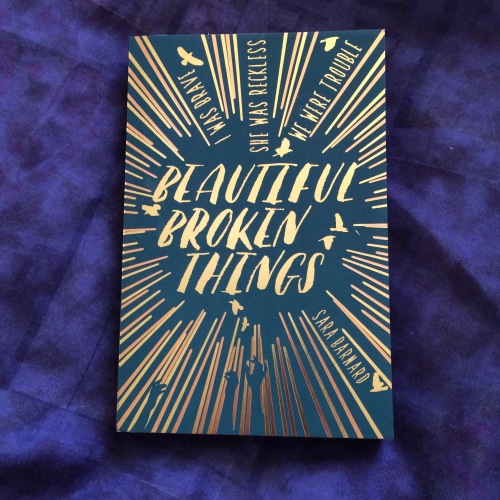 BBT is an incredible debut novel from Sara Barnard about a trio of girls and their friendship. Caddy and Rosie have been best friends since they were little. But then a new girl at Rosie’s school, Suzanne, comes into their lives and Caddy becomes a bit reckless under her influence, as Suzanne’s past is revealed. It’s an interesting story about how those around you can influence your behaviour and actions. As well as also keeping themes of hope and recovery.

I hope you’ve found some new books to add to your TBRs! All authors have released two books each. Time for me to pick up the rest of their published works!