Our Ladies of Perpetual Succour @ The Duke of York’s Theatre

Our Ladies of Perpetual Succour follows six Scottish, Catholic schoolgirls who are on a trip to compete in a choir competition. Lee Hall’s adaptation of Alan Warner’s novel ‘The Sopranos’ is a fantastically funny and empowering play about a female friendship group, not once does it feel patronising, demeaning or ridiculing towards the six girls. Vicky Featherstone directs a brilliant group of women who, while they each have their stand out moments, jell incredibly well as an Olivier nominated ensemble. Especially as all six actresses are not only on stage majority of the time, they also play other characters that are present in the scenes too.

The play is interluded with musical performances that it often felt like being at a rock concert, with theatrics to match – including a firework that goes off in the middle of the stage!  The play opens with a beautiful rendition of Felix Mendelssohn’s Lift Thine Eyes and features music from the Electronic Light Orchestra throughout, including Mr Blue Sky and Sweet Talkin’ Woman, performed incredibly by the group backed up by a band led by musical director Amy Shackcloth.

The play deals with topics from sex to sexuality to teenage pregnancy to cancer. While each of the actresses got their moment in the sun, I did think the characters of Chell and Manda were underdeveloped compared to the others. Caroline Deyga and Kirsty Maclaren did a fantastic job with their portrayals, but I felt like they didn’t have as much to work with as the other actresses did. Then again, it must be tough to fit six backstories plus performances as well as ensuring the plot moves forward in a two hour straight through play. 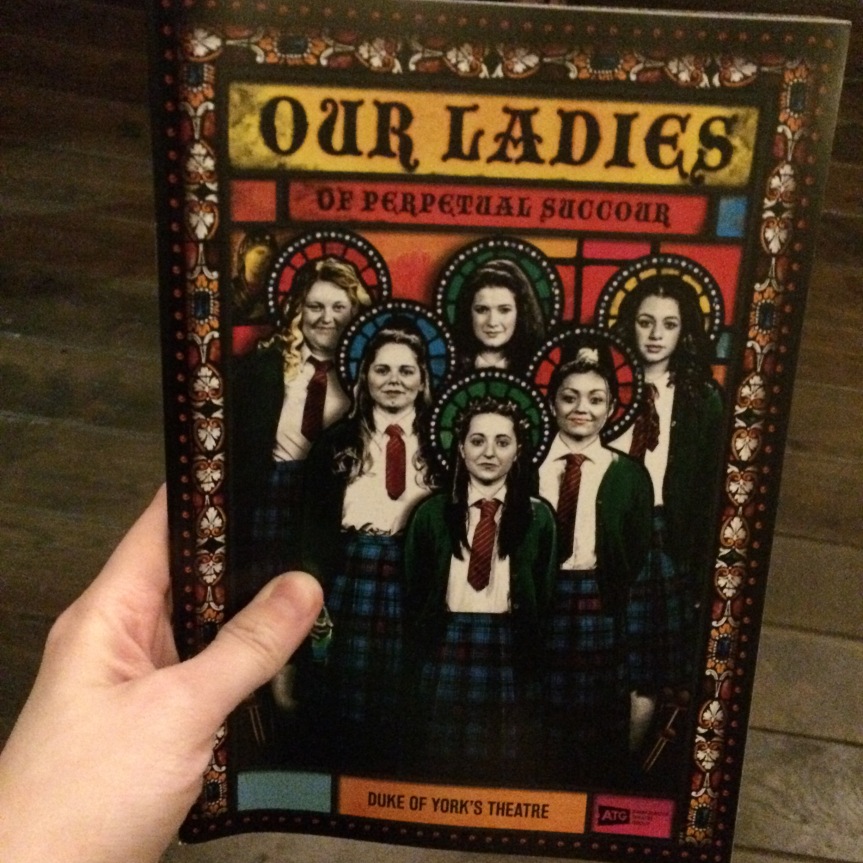 I missed this production when it was at the Dorfman theatre at the National pre – transfer and I was super excited to see that most of the cast transferred with the play, (with the exception of Isis Hansworth as Orla, who is making her professional debut in the transfer). It’s an incredibly fun show about women being unashamedly outspoken and fierce and that’s exactly what we need.

Our Ladies of Perpetual Succour is running at the Duke of York’s Theatre until September 2nd. For more information, please check out http://www.atgtickets.com/shows/our-ladies-of-perpetual-succour/duke-of-yorks/