Apologia: a formal written defence of one’s opinions or conduct.

Jamie Lloyd has returned to his West End home, the Trafalgar Studios on Whitehall, with a thrilling family drama and an incredible cast. Led by Stockard Channing, Alexi Kaye Campbell’s play follows Kristin as she hosts a family dinner for her birthday. Her latest book has also been published about her work as an art historian but does not mention her sons. As you can imagine, this causes tension between Kristin, her sons Peter and Simon and their significant partners Trudi and Claire. It’s an extremely well-written play but I can’t help but feel it tried to pack too many storylines into a two hour twenty minute play. 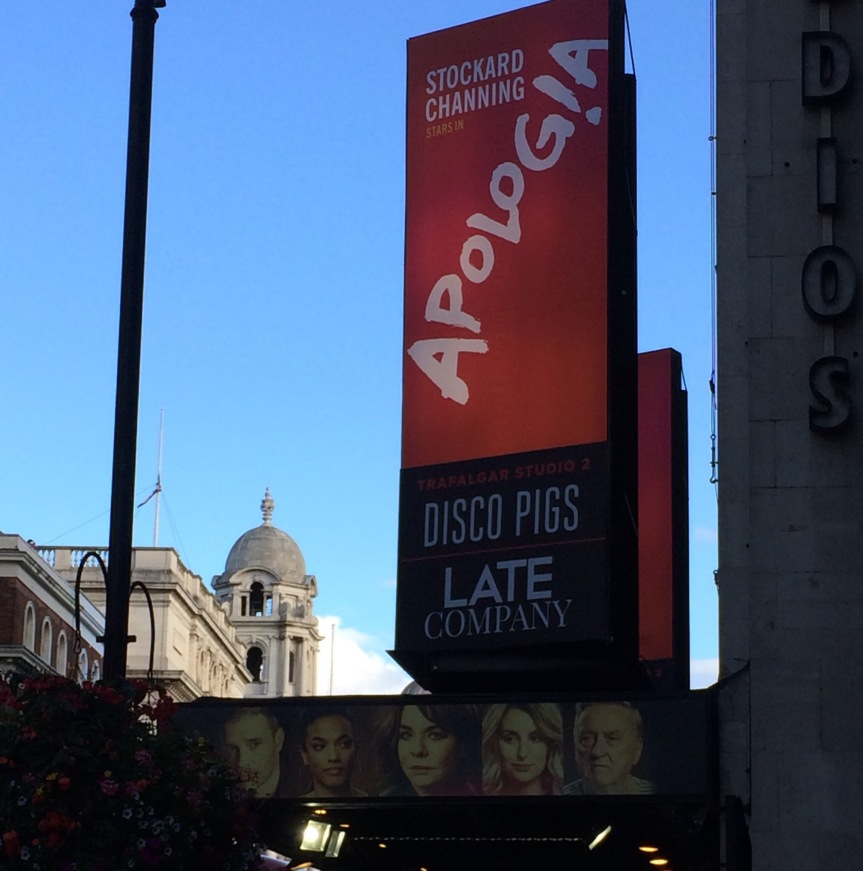 The cast is led by, acting royalty, Stockard Channing (The Good Wife and, yes, Rizzo in the film of Grease) as Kristin. She has such a commanding stage presence, even when she wasn’t talking, I couldn’t help but watch her. She packs an emotional punch and is a fierce leader of a spectacular company. I wish there was more insight into Kristin’s younger years. Desmond Barritt plays Hugh, a friend of Kristin’s who has known her for years and often refers to the two of them protesting in their younger years but I was left wanting more. Especially from the relationship between Kristin and her sons. Joseph Millson is outstanding in the duel roles as Peter & Simon, Kristin’s sons. Though his time on stage as Simon is brief, I think his performance was stronger than of Peter, mostly due to Simon being the more interesting of the two.

The cast is rounded out by Downton Abbey’s Laura Carmichael, who is magnificent and carries an incredible Minnesota accent as Peter’s girlfriend Trudi, and Freema Agyeman as Simon’s girlfriend and TV soap star Clare. I found it hard to believe Apologia is Freema’s professional stage debut. She has such natural stage presence and is simply electrifying, I hope we don’t see the last of her in the West End.

Apologia packs a lot in its single setting led by a fantastic company. Though I wish there was more insight, this play is absolutely worth seeing for the cast alone in this emotional family drama.

Apologia is running at the Trafalgar Studios until November 18th. For tickets and more information on Apologia please visit http://www.atgtickets.com/shows/apologia/trafalgar-studios/