I have a bit of a love/hate relationship with William Shakespeare’s Hamlet. On paper, I think it’s a marvelous insight into how one man is grieving the death of his father. My first experience of the play on stage was the production at the Barbican in 2015 starring Benedict Cumberbatch and the infamous Danish prince. And that was such a boring production, I couldn’t quite believe I had spent a fortune on it. I can safely say that Robert Icke’s production, currently playing the Harold Pinter Theatre having transferred from the Almeida, is more engaging, has a better leading actor and is, overall, a much more accessible production.

As soon as the lights go down in the auditorium, we are greeted by one giant screen in the middle of the stage as well as two television screens at the sides of the stage. A reel of clips designed to look like the kind of news clippings you would see on BBC Breaking News. Except these clips, are all written in danish. But they set up the death of Hamlet’s father and the start of the play, brilliantly. There are a few scenes throughout the play which are “filmed” as if a live broadcast is happening. One of the stand out moments in the play for me was when the main characters are watching the players perform and suddenly the character stops on Claudius and a stage hand comes on to notify the audience that there will be a 15 minute pause (the interval). 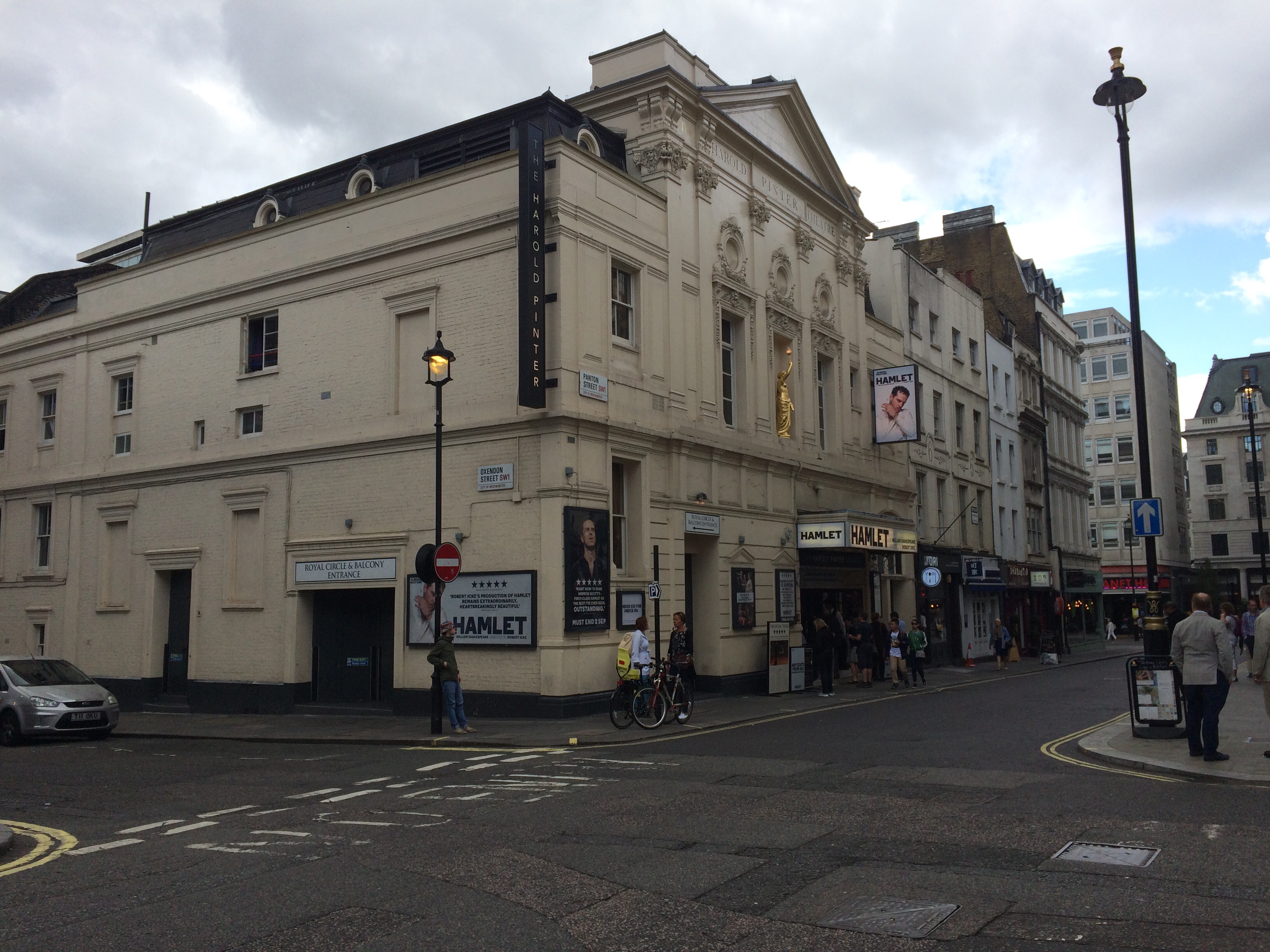 Andrew Scott leads that cast as Hamlet and he is one of the most magnificent, thrilling and incredible actors I’ve ever seen. You may know him from his turns in Pride, The Hollow Crown and Sherlock and yet, I feel he’s often overshadowed by his Sherlock co-stars. The way he progressed as Hamlet throughout the play is astonishing. I had seen a few interviews where Andrew mentioned he focused on the mental health aspect of Hamlet and how that affects a young man grieving over his father. This, in turn, plays into Hamlet’s relationships with his mother, his uncle and Ophelia.

At a lengthy 3 hours and 30 minutes, sometimes the production does drag on a bit. But the flawless, must see performance from Andrew Scott and a fantastic ensemble including Joshua Higgott as Horatio, Luke Thompson as Laertes and Calum Finlay & Madeline Appiah as Rosencrantz & Guildernstern.

Hamlet is running at the Harold Pinter Theatre until September 2nd. For tickets and more information please visit http://www.atgtickets.com/shows/hamlet/harold-pinter-theatre/