Racky Plews’ production of Footloose has reached its final destination its UK tour at the Peacock Theatre in London. Based on the famous 1984 film that starred Kevin Bacon, the musical follows a high school senior called Ren who moves to a small town called Bomont and, after learning that the small town has banned dancing, plans to overthrow the safety net the reverend has kept the town in for five years. The score is filled with classic 80s songs guaranteed to get you dancing in your seat.

Joshua Dowen leads the cast as Ren and he is a star in the making. How he manages to carry so much energy eight times a week astounds me. Not only is he a fantastic dancer and singer, he’s a brilliant actor, letting Ren’s guard down without turning Ren into a total brat. He is supported by the brilliant Hannah Price as Ariel Moore as the reverend’s rebellious daughter. She reprises her role from the 2016 tour and her incredible voice shines throughout the show. And he is also supported by former Pop Idol (remember that?) contestant Gareth Gates as Willard, who is fantastic in his first comedic, mostly acting role. I had previously seen him as Marius in Les Miserables years and years ago and I’m glad he is continuing to have success on stage. Another stand out is Laura Sillett as Rusty, whose relationship with Willard is frequently explored in the show. Her performance of Deneice Williams’ “Let’s Hear it For The Boy” was one of the standout moments for me. 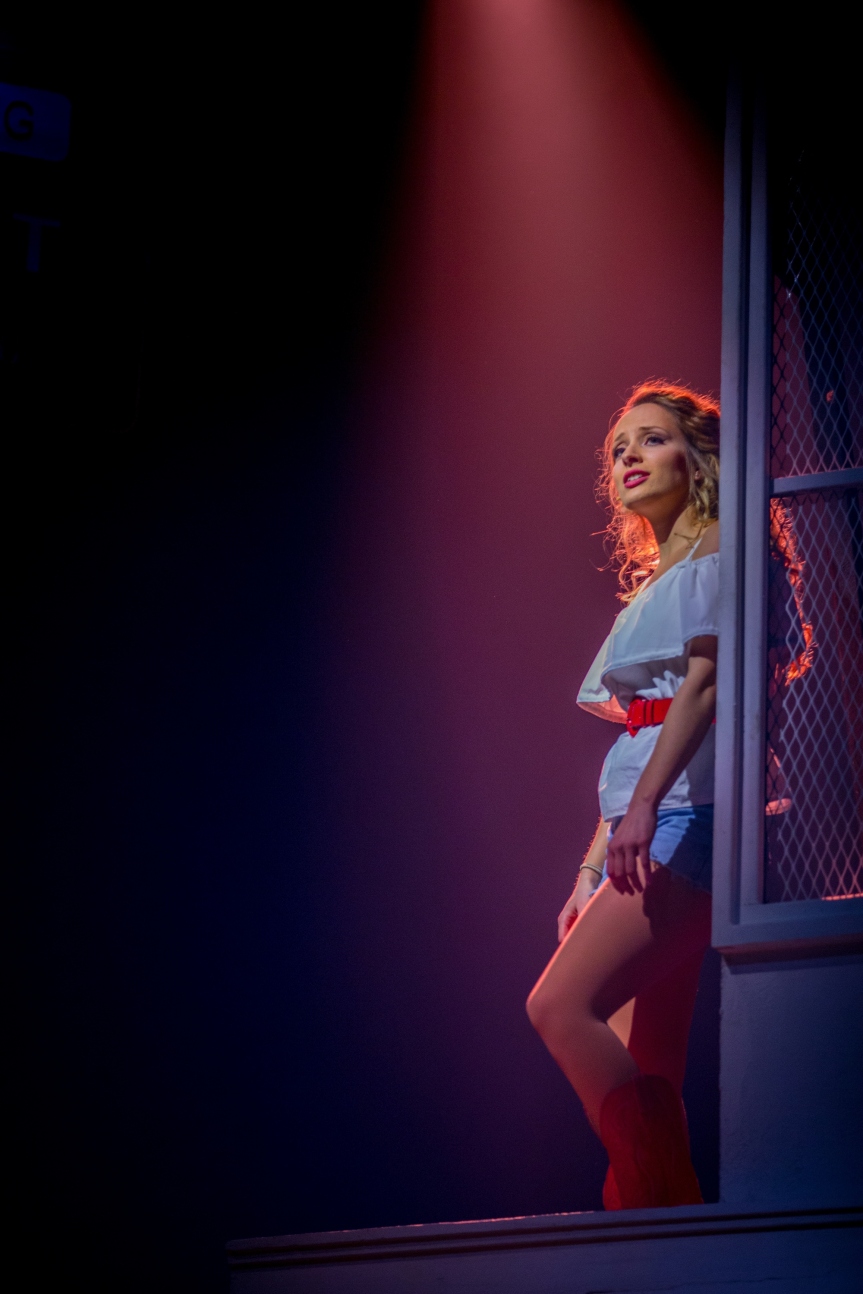 Racky Plews’ choreography is exciting, vibrant and performed by such a slick ensemble. Majority of the cast, whenever they’re not in a scene acting, they play instruments as part of the band, which I wasn’t expecting and it was a nice touch. This is a really fantastic adaptation of the film with more layers added to it. The only thing I wish they would do is really cut down the curtain call. I didn’t find it completely necessary for the company to burst into a medley of songs that I had already heard and watched perform earlier on in the show. I think it just seems like a waste of energy for the cast who have already spent 2 and a half hours playing instruments/dancing/acting & singing their butts off. Apart from that, it is a truly fun production with some fantastic performances and is certain to get your toes tapping.

Footloose is currently running at the Peacock Theatre until 30th September. For tickets and more information please visit http://peacocktheatre.com/whats-on/footloose/