After much acclaim in 2016, Daniel Goldman directs his hit adaptation of Sergio Blanco’s play back at the Arcola Theatre as part of the CASA Latin American Theatre Festival which celebrates theatre made by Latin American artists. Thebes Land follows a playwright is trying to stage a play he has written based on a young man called Martin Santos who killed his own father. The play is only performed by two actors, one playing the playwright and another playing the duo roles of Martin and Freddie, the actor playing Martin in the play. The play incorporates greek mythology and music of Whitney Houston and Mozart while adding a societal layer of how masculinity is portrayed. 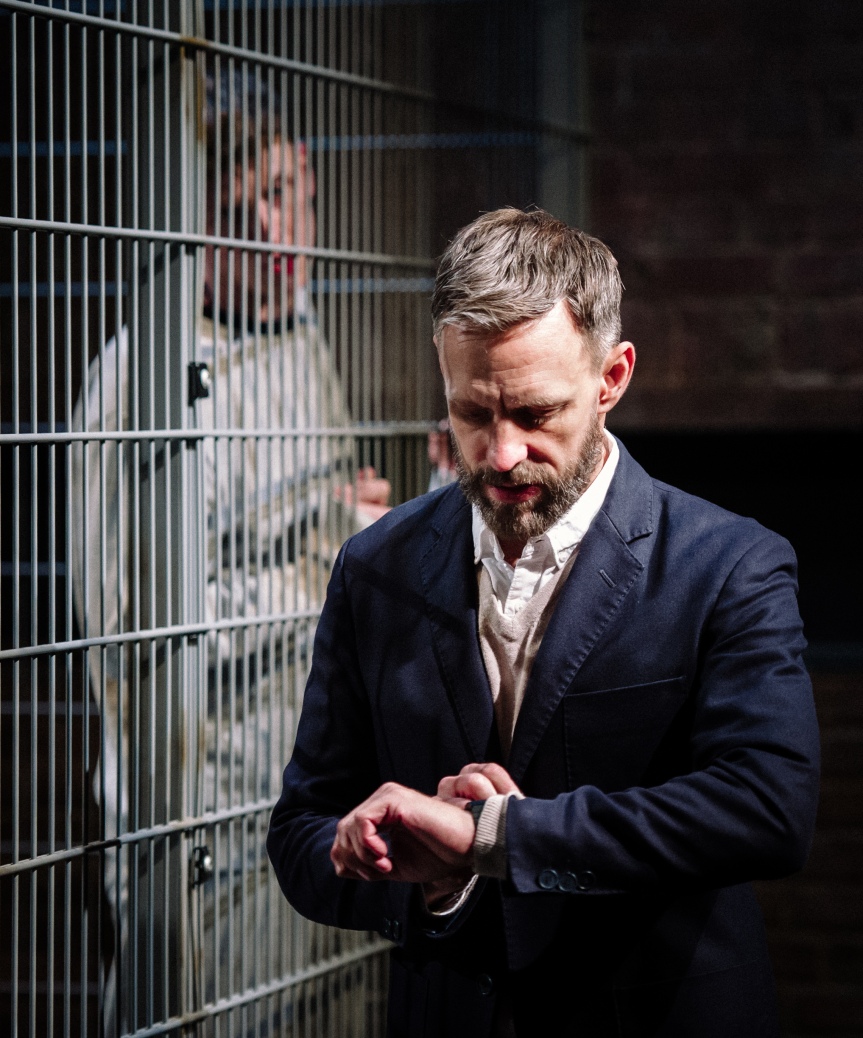 On the first page of the playtext, there is a note telling you to not read on any further. And you shouldn’t. This play is one of the most engaging plays I’ve ever seen, it is best to go into it blind, in terms of plot. Thebes Land is the most self aware piece of theatre I’ve ever seen. It’s so meta. Every theatre rule seems to have been broken in this piece not just through Daniel Goldman’s direction or writing but also through the two fantastic performances from Trevor White as the playwright and Alex Austin as Martin/Freddie, who transitions between characters flawlessly.

As soon as you walk into the auditorium, you are welcomed to Alex Austin who is sat on a bench in a massive cage. Is he Martin? Is he Freddie playing Martin? Is he being both of them at the same time?! Jemima Robinson’s set design is simple but creates an impactful divide between the actor and the audience. 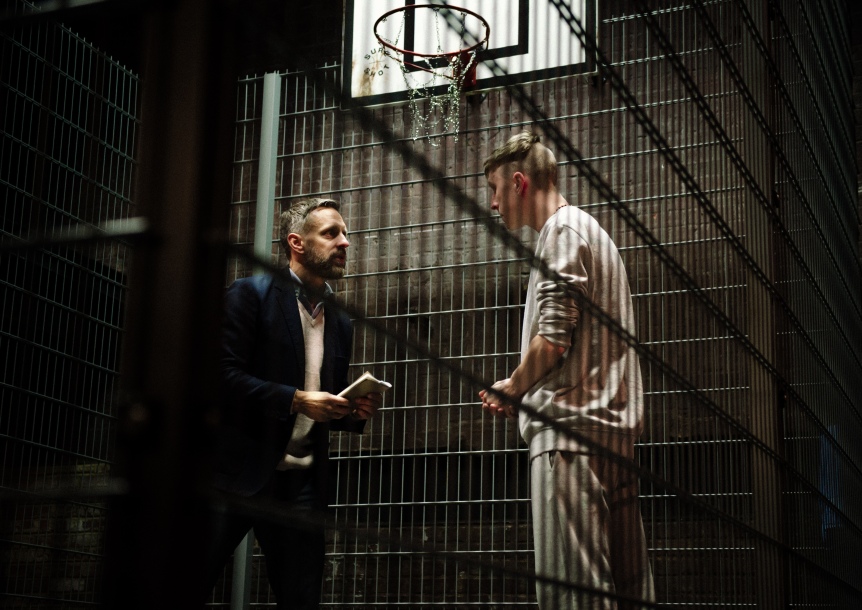 This show is unlike anything  I’ve ever seen before. I’m so thrilled that I got a chance to witness Daniel Goldman’s fantastic masterpiece. I highly, highly recommend it. And don’t go past page one in the playtext.

Thebes Land is running at the Arcola Theatre until 7th October. For tickets and more information please visit https://www.arcolatheatre.com/event/thebes-land-rerun/