The iconic musical based on the iconic film Legally Blonde is finally back on UK soil. The 2017 production will be touring the country into mid 2018 leaving a trail of fun, pink and paw prints. I had never seen a production of the musical before and I went in with pretty high expectations as everyone I know who has seen it before absolutely loved it. And I can see why, because I walked out of the Churchill Theatre beaming at this wonderful production. Based on the 2001 film starring Reese Witherspoon, Legally Blonde is about Elle Woods who heads to Harvard to study law to prove she’s serious enough to win her ex-boyfriend Warner back. The story may sound a bit outdated in 2017 but the show makes up for it in the choreography, score and incredible company of performers. Lucie Jones stars as Elle Woods and I’m so glad I got to see her. She previously played Elle in a production at the Leicester Curve a couple of years ago which I missed. But now more people around the country will get to see how amazing she is as Elle. Did we ever doubt her brilliance? All of her vocals, her moves and her character choices were spot on for me. I think it could be so easy to interpret Elle as someone who is stuck up because of her privileged background but she remains humble throughout, which makes you want to root for her even more. Her voice soars especially in songs such as What You Want, So Much Better and Legally Blonde. She is an excellent leader to an incredible ensemble that features stand out performances from Rita Simons as Paulette, Laura Harrison as Vivianne and David Barrett as Emmett. 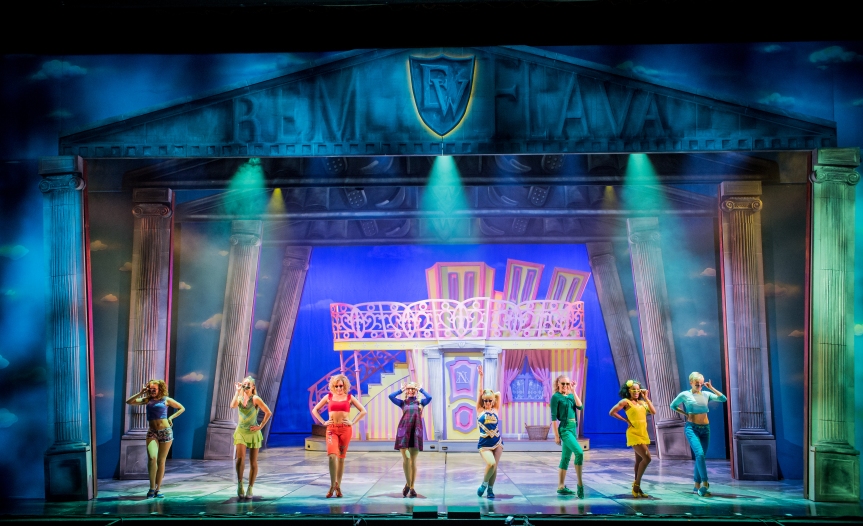 Anthony Williams directs and choreographs the tour with co-choreographer Dean Street with the kind of choreography that would make Jerry Mitchell weep with pride. The opening number in Act 2 Whipped Into Shape has an unbelievable intense dance break with skipping and I have no clue how Helen Petrovna as Brooke does it. Not only can she sing incredibly while skipping at what looks like hundreds of miles per hour and then carry on the scene as normal. 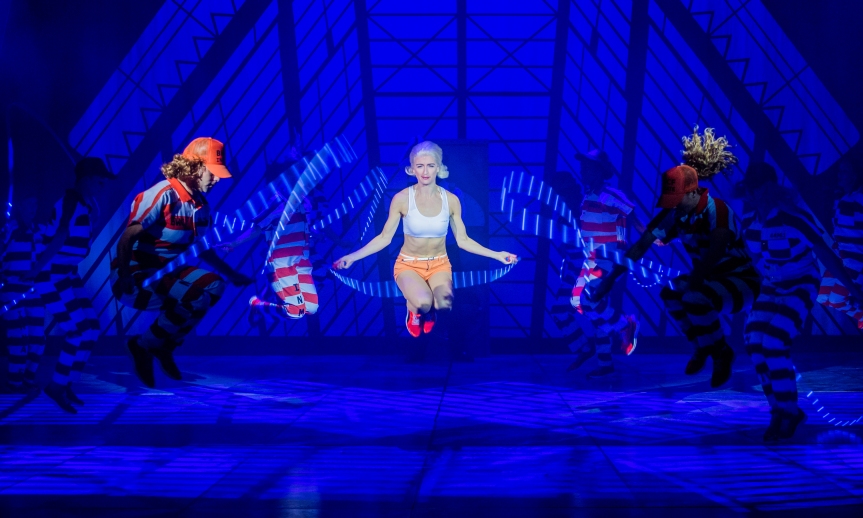 Laurence O’Keefe and Nell Benjamin’s score is filled with pop sounding tunes that fit into the Legally Blonde aesthetic like a glove. There’s a whole song dedicated to the famous Bend and Snap move, after all.  The pop infectious music is what makes the show so much fun to watch. I know that the most popular musicals are usually the most hard hitting, trust me I can relate. But in a world that is constantly filled with sadness in the media, it’s refreshing to see a show like Legally Blonde touring the country. Theatre is an escape and Legally Blonde is the perfect show to do so. Legally Blonde: The Musical is currently touring the UK and Ireland until May 2018. For tickets and tour dates please visit http://www.legallyblondethemusical.com