Saint George and the Dragon @ the National Theatre

Saint George and the Dragon is a new play by Rory Mullarkey that takes the Patron Saint of England and rewrites the folk tale. The National website describes the play as a “folk tale for an uneasy nation”, which I think is spot on, particularly in the times of Brexit. As Saint George continues to defeat the dragon and England continues to change, the play questions if England is starting to let go of its dependence on historical “English values” and how those values adapt. After the first time George saves the nation from the dragon, he heads off to go and fight more dragons before coming back to the same people in a completely new nation; starting in a very ancient time through to Dickensian London to 2017 London, something George struggles to adapt to but is a very interesting journey to watch in just under 3 hours. At one point, he tries to fit in 2017 by becoming “Ian” who wears a tracksuit and shouts at football and also starts a pub brawl. And it’s a stand out scene in which it makes you think, how much are people really willing to  conform themselves to fit these standards. And who sets them in the first place?

John Heffernan stars as Saint George and is undoubtedly charming. Heffernan is a perfect fit for George, who is reminiscent of a Shakespearean hero but with a lot more warmth and humour. He is matched in charm and wit by Julian Bleach, who is continuously compelling and sinister as The Dragon and Amaka Okafor who is everything I’ve ever wanted in a kickass, feisty and strong heroine Elsa. 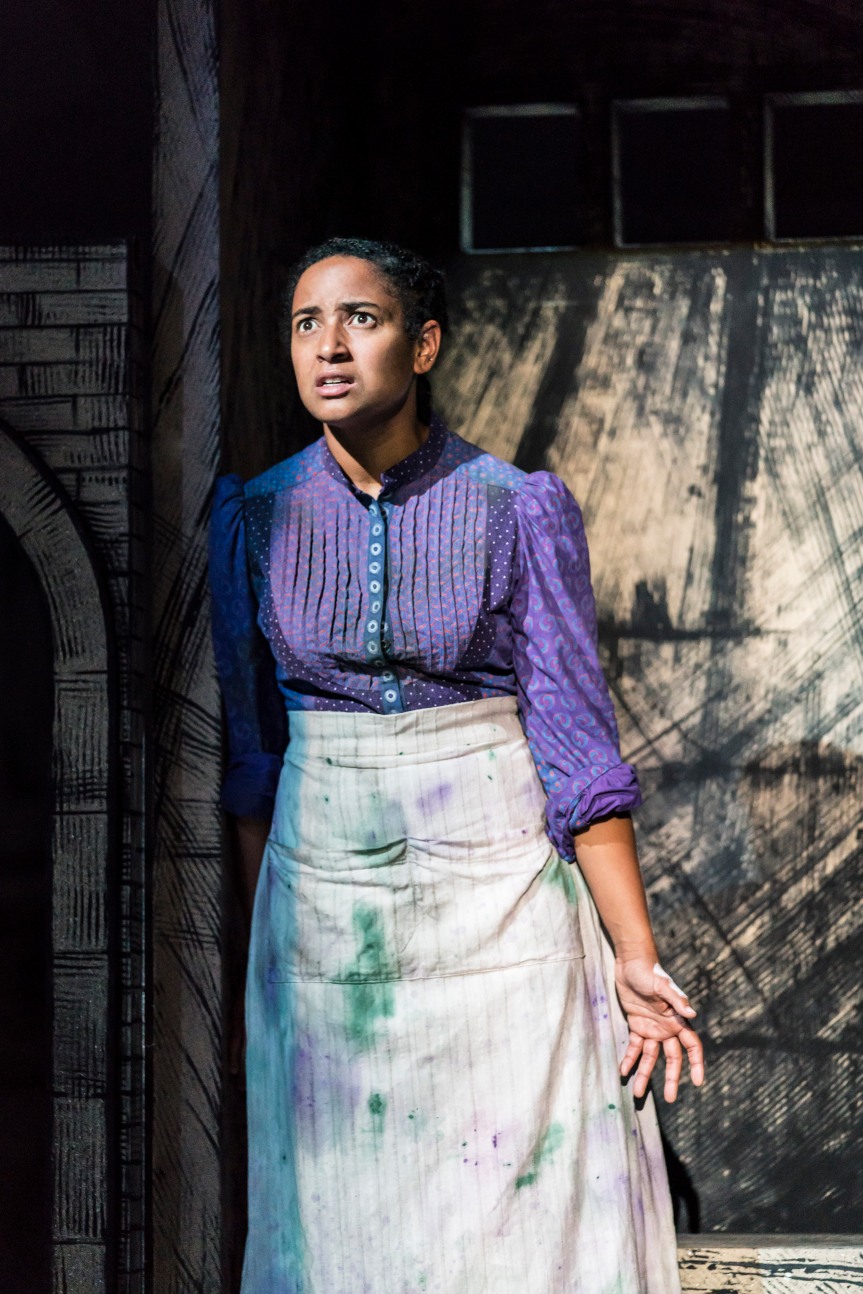 The real star of the show is Rae Smith’s incredible set design. A spinning stage that changes through the ages paired with fantastic projections by Betsy Dadd create and enhance the wonderful atmosphere throughout the whole auditorium, not just on stage. And as an added bonus, there are a couple of folk musical interludes from Grant Olding whose previous work at the National includes Richard Bean’s One Man, Two Guvnors. 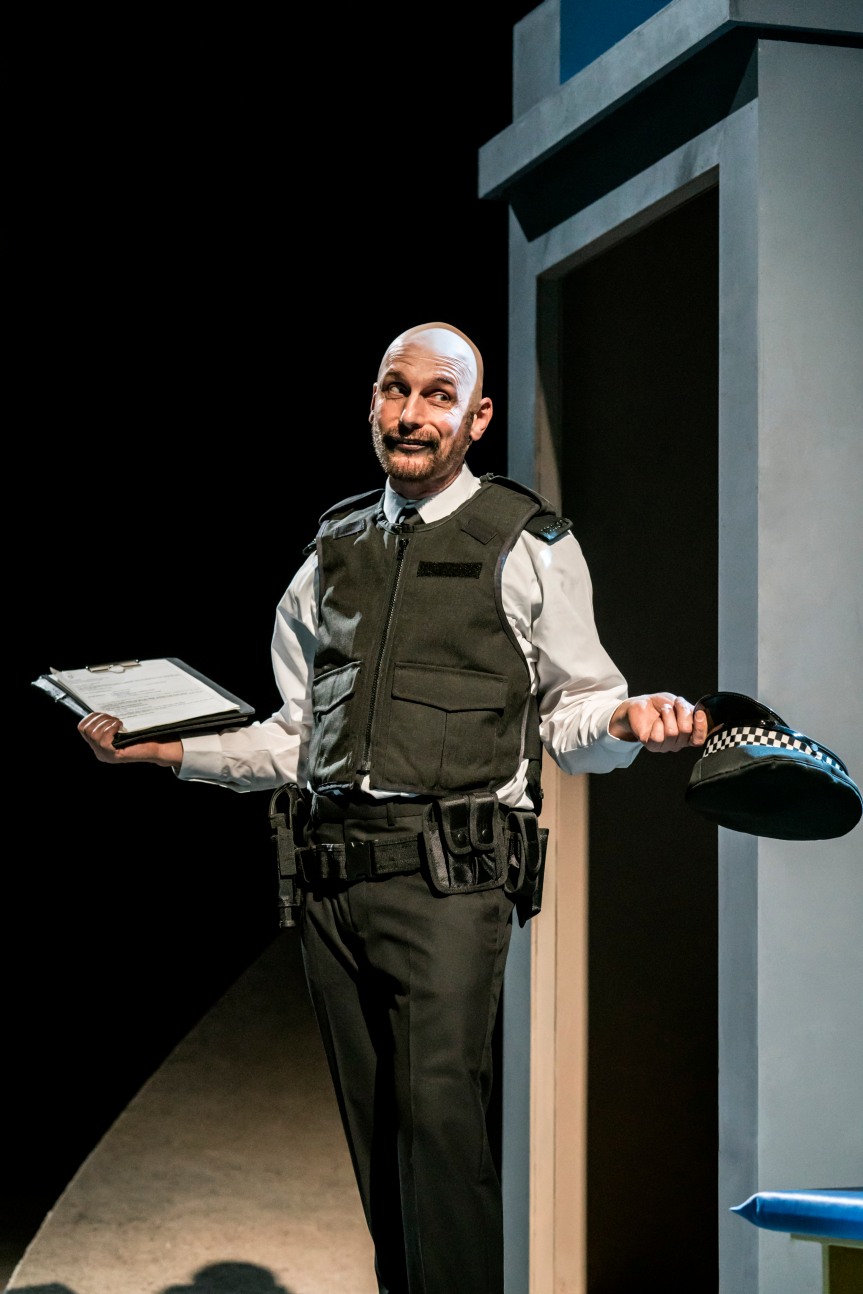 Saint George and the Dragon is a wonderfully comic and intriguing look at how values change and how people change throughout time. But it’s also really great humorous fun with incredible scenic design. 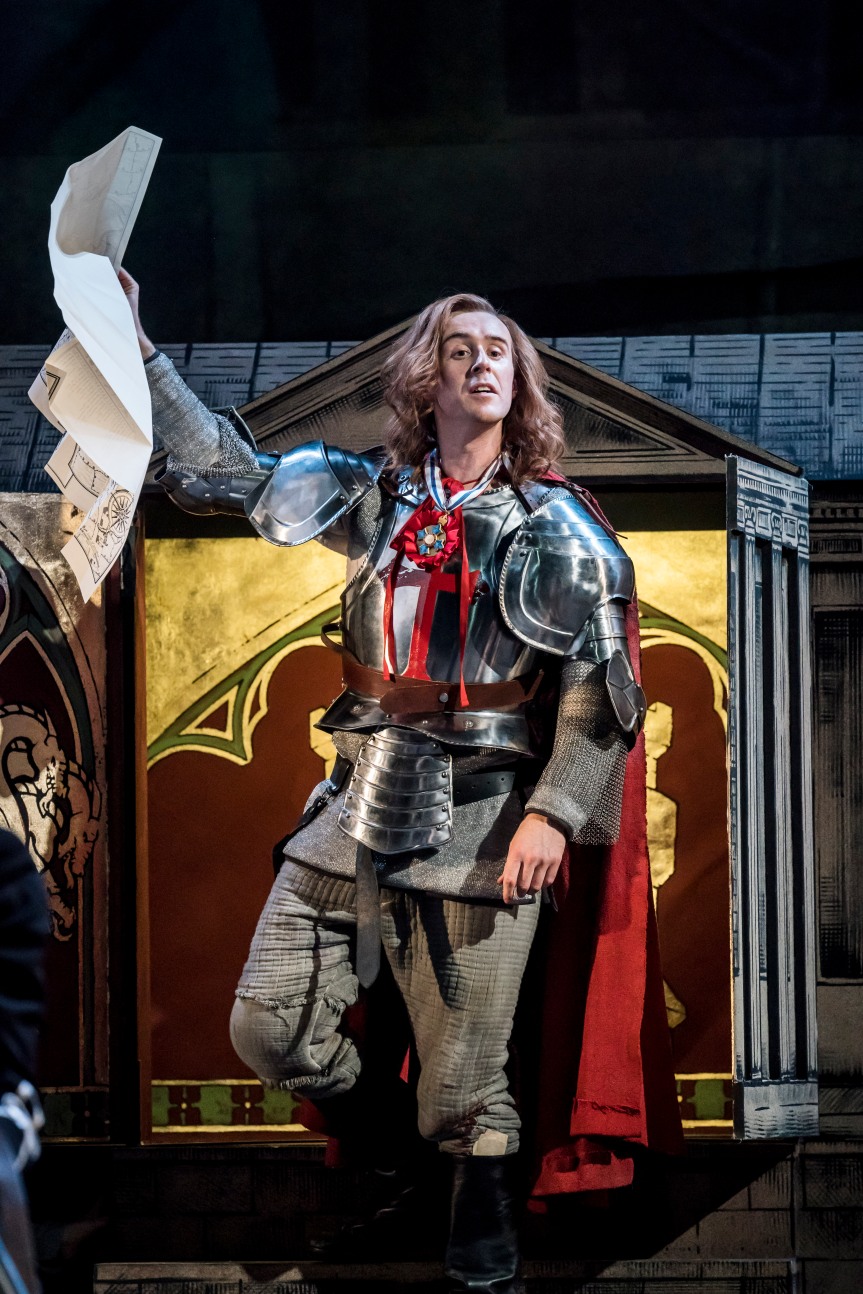 Saint George and the Dragon is currently running in the Olivier Theatre until December 2nd.  For tickets and more information please visit https://www.nationaltheatre.org.uk/shows/saint-george-and-the-dragon