Insignificance is a play by Terry Johnson which takes place in one hotel room across the 2 hour run time. It’s a play about the effects of fame, what it means to be famous and how does it affect relationships. The characters are listed in the programme as The Actress/The Professor/The Senator/The Ball player so this play could be about anybody but Megan Rarity’s costume supervision says otherwise. 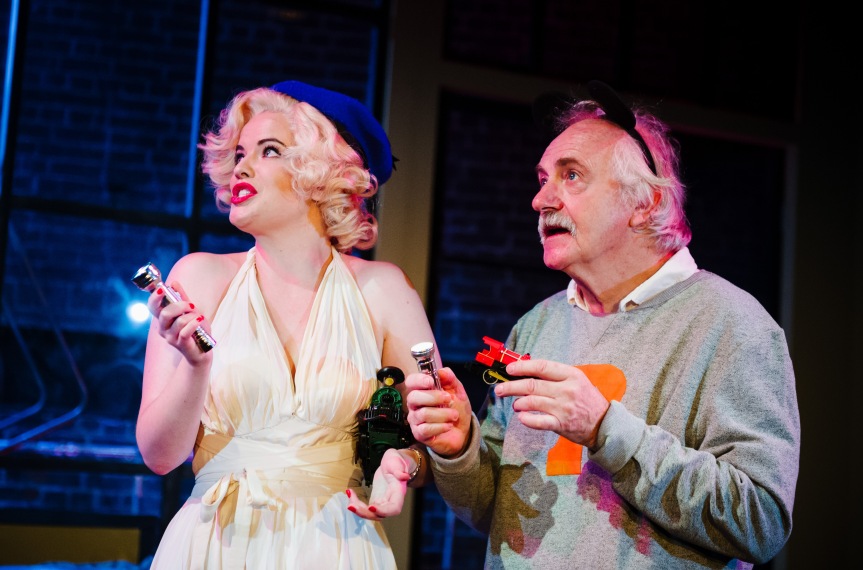 Shortly after she had died, Marilyn Monroe was found to have a signed picture of Albert Einstein. Terry Johnson’s play imagines how their time together could have played out. While The Actress turns up in The Professor’s hotel room, she has arrived from shooting a film in front of a crowd, dressed in the famous white dress, red lipstick and shoulder length bob. Meanwhile her husband turns up and as established constantly throughout the play, he’s a bit dim, which felt rather repetitive at time. We get the point. Then there’s The Senator who is trying to coerce The Professor into standing before a committee to explain the mathematical and scientific discoveries he has made. 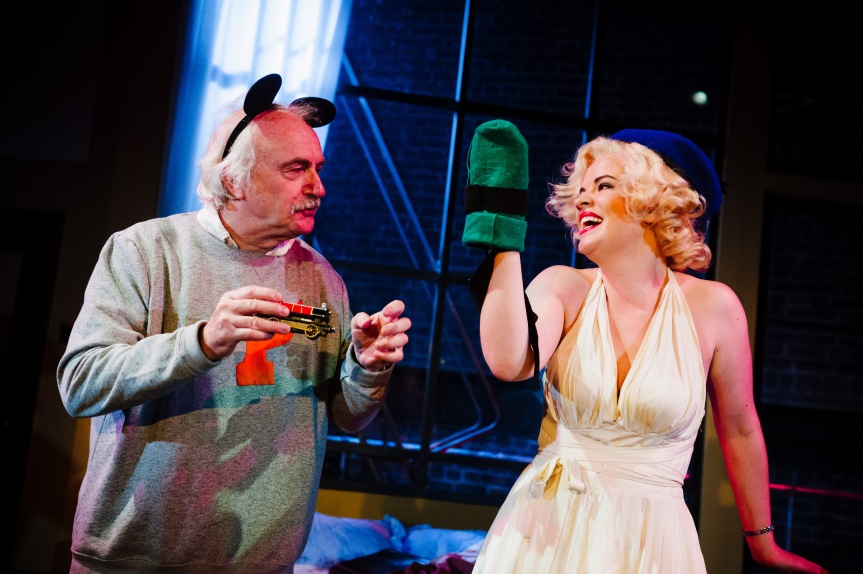 It’s a relatively quick play but I did find it took a while to get going and did find the play dragged at times. That being said, the four actors were really great at what they were given. But without a a doubt, Alice Bailey Johnson is the ultimate star of this show. She shines and transforms into a Marilyn Monroe type Actress with class, grace and ease that’s compelling to watch. Her performance alone is worth the admission price. She makes a wonderful pair with Simon Rouse as the Professor and I found their scenes to be quite sweet. 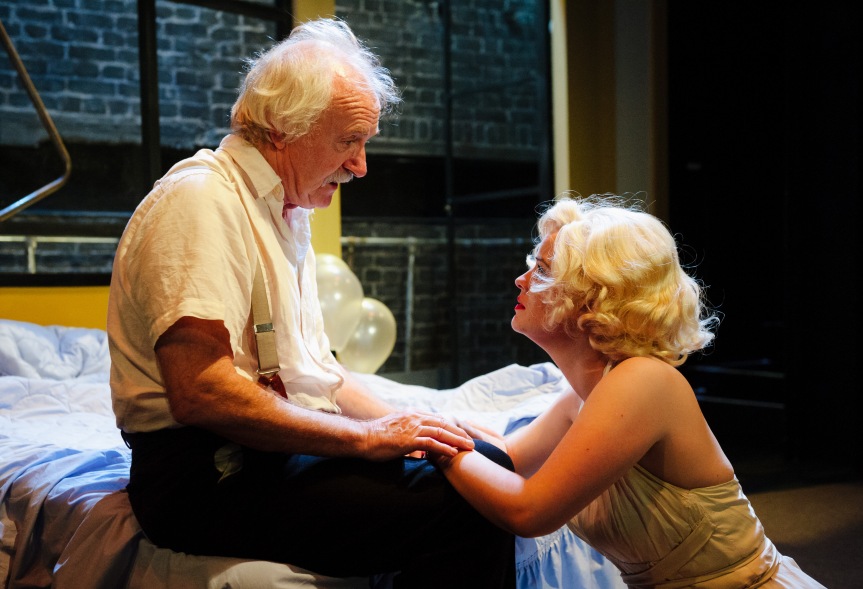 Insignificance is running at the Arcola Theatre until 18th November. For tickets and more information please visit https://www.arcolatheatre.com/event/insignificance/