In a time where the world’s spirit is being uplifted by a youth rebellion, there couldn’t be a better time for this thrilling new production of Sophocles’ play Electra. John Ward’s new version is performed excellently by a cast of 7 who double as actors and musicians throughout, marking their stance known similarly to the way Ancient Greece makes it known that the revolution is coming. And it will be televised.

The play follows Electra who is determined to avenge her father’s murder after her mother, The Queen, takes the throne with her new husband. Her brother, Orestes, who was exiled as a child, heads back to the city to reclaim his rightful place. By a twist of fate, the two siblings meet in the middle and come together to reclaim their country. This is a fascinating tale about family and the text often alludes to the plot being like a soap opera. And just like soap operas, they take forever to get to the climax. I get that it’s necessary to set up the family dynamic but Act One ends before Electra and Orestes meet and I would argue that is the most important turning point in the play.

Lydia Larson and Dario Coates are undoubtedly the standouts in this production. Electra’s rage is a slow burn, but it keeps the piece interesting and prevents Larson from looking like she’s playing a bratty kid by adding more depth and despair to a character who is still trying to mourn her father. Although his introduction is later into the play, Coates is captivating as Electra’s estranged brother Orestes from the moment he steps on stage. Orestes is constantly torn by his own beliefs and what the rebels he grew up with believe for Orestes to be a part of a prophecy from the Gods and Coates doesn’t stray away from the intense fight Orestes has with himself over this. 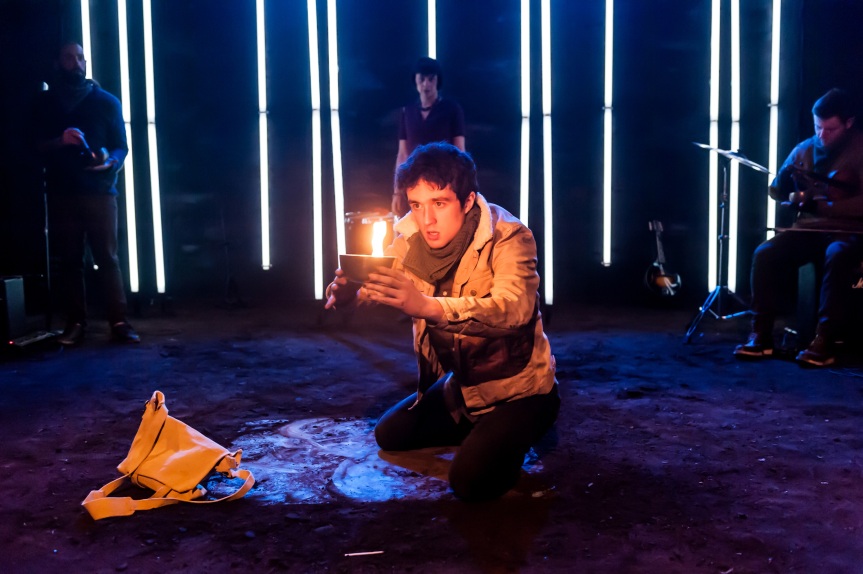 I found Sam Wilde’s baring set design to be simple yet effective. The entire stage is covered in mud and all of the action takes place upon King Agamemnon’s grave, like a ghostly figure lingering in the shadows. Every moment that happens in this play is a consequence of his murder. I do think Sherry Coenen’s lighting could have been more experimental and inclusive of the audience rather than four tiny lamps within the audience to represent the Gods.

Other than those two problems, I found Electra to be a brilliantly performed piece, particularly from the two leads. It’s very accessible piece and reinvents a classic for a new generation. Particularly in the rise of a rebellion.