After walking past the theatre many, many times, I was really intrigued by a new play by Michelle Barnette called Love Me Now, which has just opened at the Tristan Bates Theatre in Covent Garden. The play centres around one unnamed female character who is haunted by a friends with benefits fling and how this impacts her ability to maintain a relationship. Both male characters are also unnamed, which adds an air of how normal this could be in our culture today, these characters could be anyone. 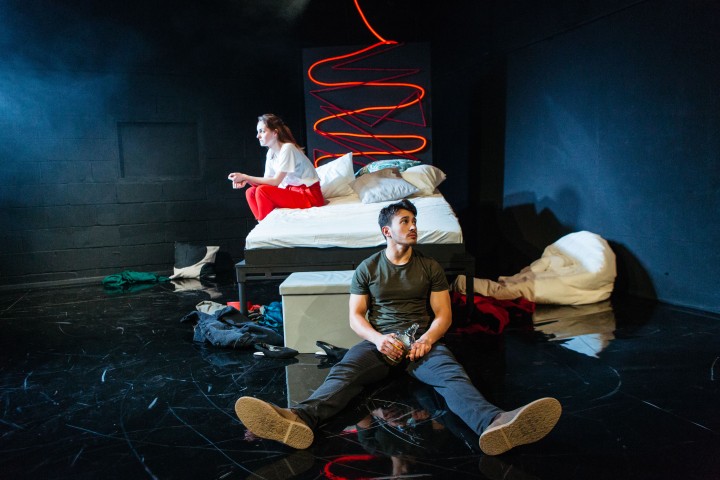 Helena Wilson is captivating to watch as the unnamed female character (in the programme she’s listed as Character B). As the stage is in such an intimate space, all of her emotions are laid bare in this play. The same goes for the remaining cast, Alistair Toovey and Gianbruno Spena, who are very good in this. Michelle Barnette’s writing is strong for a debut play. Some of the lines the male characters were spewing rang so true and so authentic to the point where I was face palming in my seat. 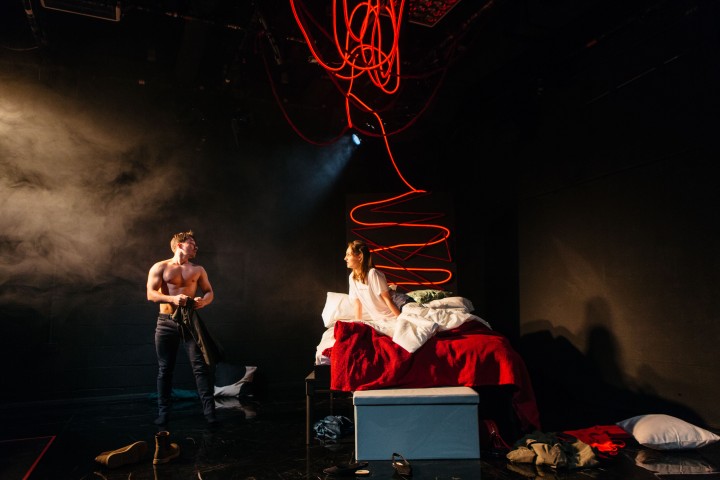 What I think really lets down this play was the messy transitioning between scenes, especially the ones between character B and the man she had a friends with benefit relationship with. The jump cuts in the directing and writing don’t create a timeline between the two characters, thus it’s hard for the audience to grasp the sincerity of their relationship. You never really see it develop and the climax just happens.

That being said, it’s a really good play for a debut. In addition, it’s always great to see more female playwrights on the circuit. In a world where sexually explicitness is considered ‘taboo’, Michelle Barnette presents the theme in a more balanced light rather than a straight out negative light, which people tend to do.