The infamous Kander & Ebb musical set in a women’s prison is back in London after a five year hiatus. Chicago has been one of those musicals I’ve always wanted to see, as I absolutely love the film. My only experience of the show itself was through YouTube videos of the 2013 Hollywood Bowl production starring Samantha Barks and Ashlee Simpson. I was super excited to experience the razzle dazzle live for the first time. Instead what I ended up experiencing was a bland, trigger happy and unnecessary revival.

Josefina Gabrielle and Sarah Soetaert lead the cast as our two protagonists Velma Kelly and Roxie Hart. Both women realise that in order to get out of prison, they have to sway the newspapers and become stars in order to be free. Both actresses are extremely talented, with Gabrielle being the stronger out of the two which is evident in I Can’t Do It Alone. They counteract each other well with Gabrielle’s Velma having a more hard edge over Soetaert’s naive Roxie. But throughout the show, what could have been Roxie putting on an act and weaseling her way to the top, she became more childish and immature.

Now although the show is led by these two women, it’s not their faces that you are seeing on every piece of advertising. The big box office draw is Cuba Gooding Jr as greasy lawyer Billy Flynn. To be frank, he is not good in this. He does try but ultimately it just does not work. From the way he walks to the way he delivers his lines, it doesn’t feel as if he’s playing a character. It’s as if he is just playing a heightened version of himself. His vocals are weak and I couldn’t help but feel like he needed to cough throughout the entire performance. His vocals are not going to last long if he continues to sing at that level without proper training. And, as rightly pointed out by my friend Aksa said on Twitter, how can you use the only person of colour in an mostly white cast to sell tickets? 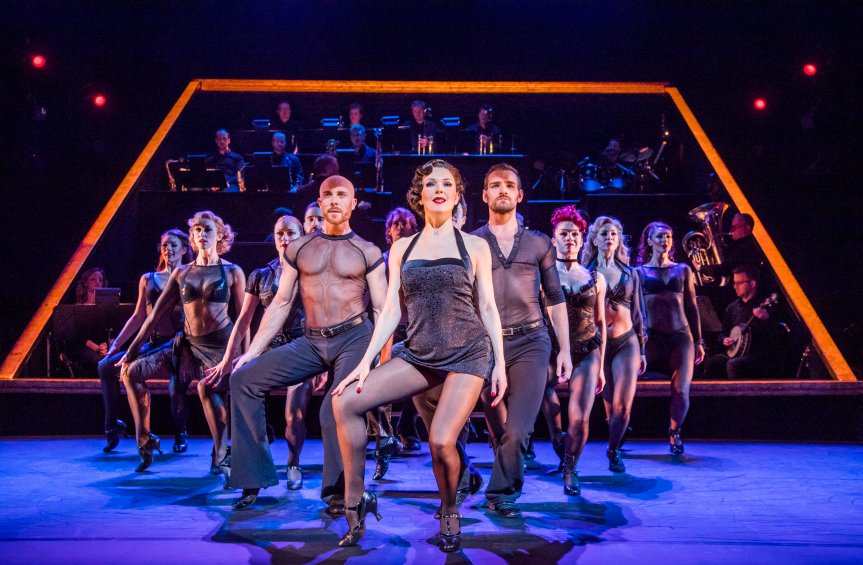 Another thing that bothered me about the show was how minimalist it was. The big stage is taken up by a huge orchestra. In a way, I gathered that this was maybe to show the celebrity aspect and how every action the characters took was orchestrated in order for them to become famous. But then, when it came to the finale Nowadays/Hot Honey Rag, the orchestra become blocked out by sparkly streamers anyway. So what was the point? Because it was so cramped on the stage, the choreography never really got a chance to shine. That being said, it seemed to be the exact same choreography from the videos I’ve watched anyway. Why bring the show back if you’re not going to do anything new with it?

Ultimately, I don’t think the show is worth your money at all. Given how the show continues to trigger-happily glamourise guns, it really has not aged well at all. Save your money and go support new work like Everybody’s Talking About Jamie, The Grinning Man and Teddy instead.