Last year, I did a post showcasing plays & musicals that were about characters in the LGBTQ+ community to celebrate Pride. As there are more new shows in London to catch during June, I thought I would recommend you shows you can see now and shows that are soon opening that feature LGBTQ+ characters, this Pride month.

San Domino is a musical about a group of gay men in late 1930s Italy who are sent to a prison island, San Domino, where they are confined for degeneracy. Inspired by the real prosecutions of homosexuals by Mussolini, the musical shows how this group of men managed to make a life for themselves and for each other in prison just as World War II was beginning.  The Tristan Bates Theatre is an intimate space but this only enhances the confinement that the characters had to live with. Performed by a brilliant ensemble of actor-musicians, the score by Alan Whittaker and Tim Anfilogoff is beautifully performed by a small band which allows the voices to ring clearly. San Domino is a gorgeous musical with great heart and shines a light on a period of history that was pushed to the sidelines.

Bingo follows a young Irish gay man named Cormac who, after having a check up at the doctor’s, discovers he has contracted everything from HIV to Syphilis and more. The play then follows on how this affects Cormac’s life from his relationships to his job to developing a friendship with his doctor. The piece is a solo performance written and performed by Alan Flanagan, whose performance was just as engaging and witty as his script. Flanagan balances the line between the comedy and the more darker aspects, particularly in the scenes with Cormac’s family. I pleasantly enjoyed this show and I can’t wait to see what Alan Flanagan does next. 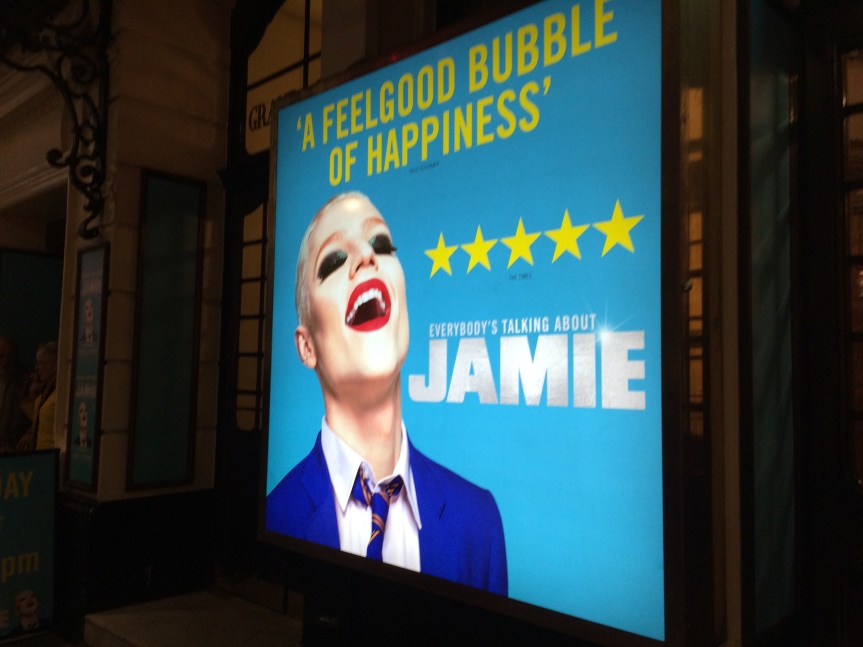 When I published my post last year, Jamie hadn’t opened yet. The show opened in the West End in November last year and is still thrilling audiences now. The show has now been extended to April 2019 and there is a film adaptation in development. If you’ve been living under a rock, Everybody’s Talking About Jamie follows Jamie New who wants to be a drag queen and wear a dress to prom. In the middle of this, Jamie is also dealing with his GCSEs, his relationship with Dad and being an openly gay student in his school. You can read my initial review here for more detail on the production.

Show To Look Forward To 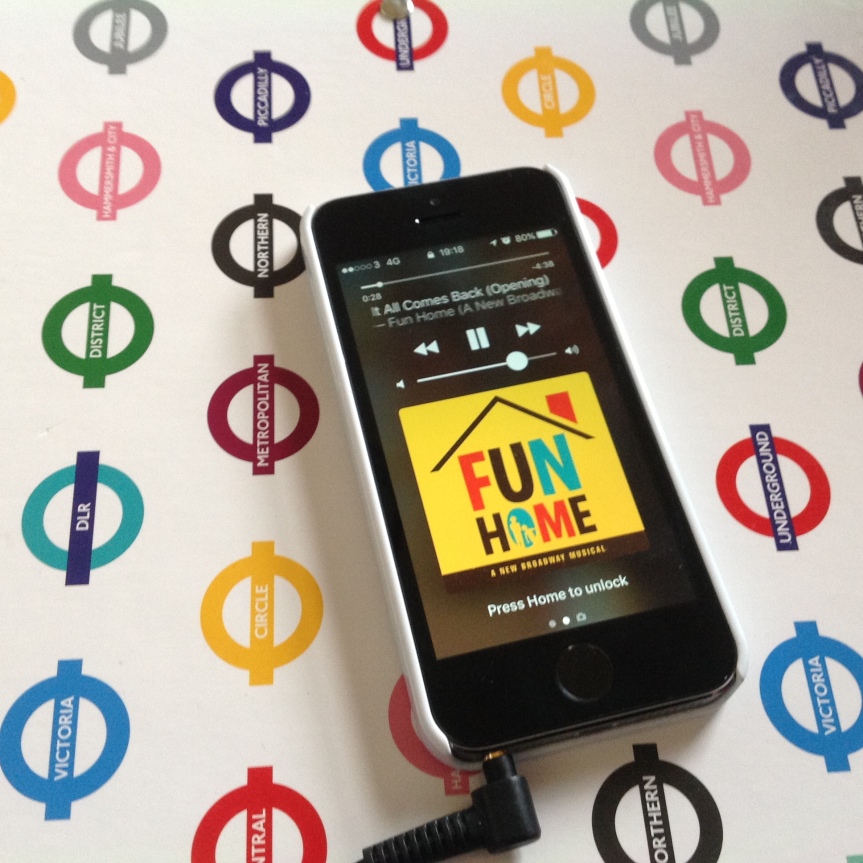 I mentioned Fun Home in my previous post, but now Fun Home is coming to London. Jeanine Tesori & Lisa Kron’s musical adaptation of Alison Bechdel’s autobiographical graphic novel about her coming out begins performances on the 18th June at the Young Vic and you can buy tickets at https://www.youngvic.org/whats-on/fun-home. I’d get yours quick, no doubt this musical will soon be the hottest ticket in town. 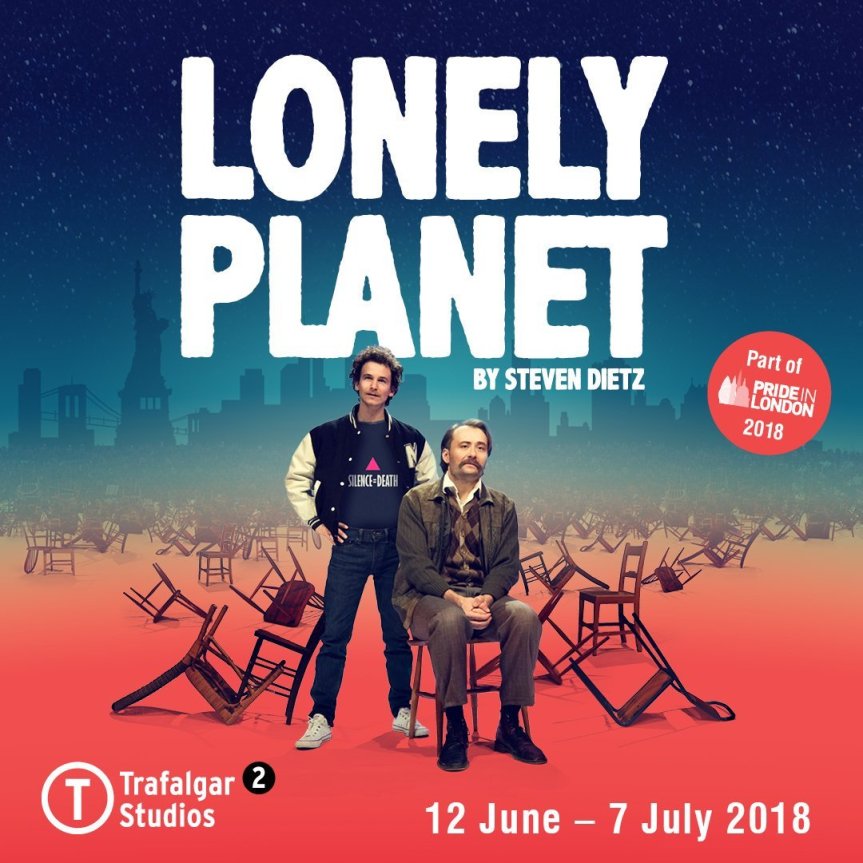 After a successful run at the Tabard Theatre, Steven Dietz’s play Lonely Planet transfers to the Trafalgar Studios with performances starting on June 12th. Lonely Planet is set in 1980s America, when an unknown virus at the time was killing gay men. The play follows two friends and how they are affected by the virus in a time when there was no effective communication by the higher powers about this virus. The play has a limited run and will be running in the lead up to London Pride on 7th July. For tickets and more information please visit http://trafalgarentertainment.com/shows/lonely-planet/

After a sold out run at the Young Vic, Matthew Lopez’s stunning two part play about how the aids crisis in 1980s New York set the path for gay men in the future. The play starts off with a writer struggling to finish his story and so calls on the help of E.M. Forster after reading his novel Howard’s End. It’s a commitment with both parts being just over 3 hours long each but it is exquisitely directed by Stephen Daldry and with an incredible cast it is so worth the commitment. Definitely try and catch it when the transfer opens in September. For tickets and more information please visit https://www.youngvic.org/whats-on/the-inheritance-west-end

And that is just some of my recommendations of LGBTQ+ theatre to see this Pride month. I’m aware that a lot of these shows revolve around gay men, so please recommend me shows to read/listen to/watch that focus on protagonists who are on different parts of the spectrum!