Admittedly, prior to this show, I hadn’t heard of John Bucchino let alone his music. But after hearing about this musical revue using his music, I was all the more intrigued. The initial idea was co-created by Bucchino with director Daisy Prince, whose previous work include Jason Robert Brown’s song cycle musicals The Last Five Years and Songs For A New World, premiered in 2008 and is finally making its’ UK debut now.  The show is performed by five actors all using Bucchino’s music to create an individual narrative. If this were an anthology, each song would be a short story.

Across the two hour bit run time, we see a range of songs portraying various life moments from moving into a new house to finding love and then losing it. What was really clever about this production was, even if the songs themselves weren’t explicitly about a life event, Tania Azevedo’s direction allows the actors who were and weren’t leading the song to create a story based on the song, just using their actions and movements, which was really effective. 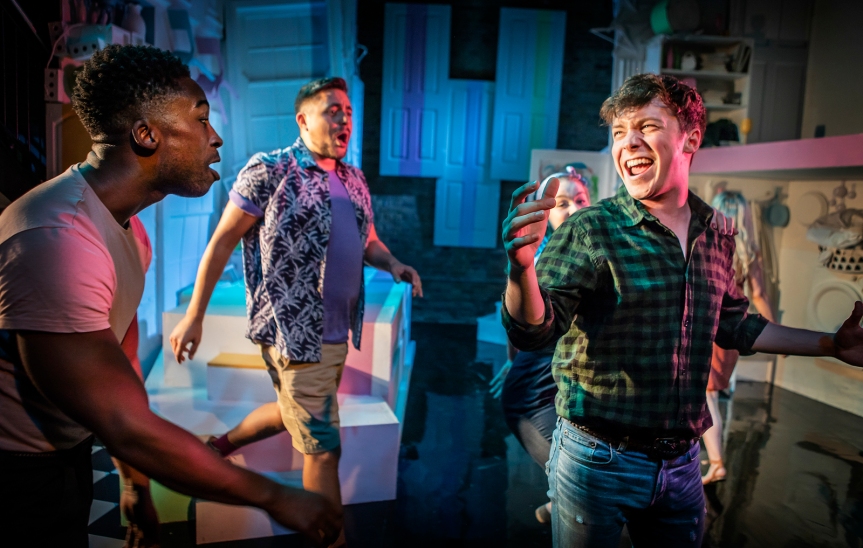 The cast are an absolute joy to watch as well. Making their professional debuts are Sammy Graham and Will Carey, who were both particularly excellent to watch. Jordan Shaw is incredible and has an excellent solo in What You Need which showed off his amazing vocal range. Rounding out the cast are Jennifer Harding and Noel Sullivan, who led a marvellous rendition of Bucchino’s powerful song Grateful.

It’s Only Life is a really enjoyable and wonderful uplifting show that tackles everyday life situations with heart and charm. John Bucchino’s music is performed exquisitely by this talented company. I really liked how involved the performers made the audience feel, at the start of the show, you’re given a piece of paper in which you can reflect what you think life is all about. Now as someone who constantly sweats the small stuff, this did allow me to realise that maybe things aren’t all bad after all.