Set on New Year’s Eve, Striking 12 follows Brendan who has just been dumped by his fiancée. To avoid being hounded by his friends at their New Year’s Eve parties, Brendan decides to stay in and read The Little Match Girl after meeting a doorseller who is selling fairy lights to prevent the increase of Seasonal Affective Disorder. As the story of The Little Match Girl comes to life in front of him, Brendan begins to reevaluate and wonder maybe the New Year won’t be as bad as he thinks it will. The six piece cast is led by Declan Bennett as Brendan, who makes Brendan feel relateable and human rather than a boring grump (which could have easily happened here) by conveying his anxiety about going to his friends’ parties well. Alongside him is Bronté Barbé who doubles as the fairy light seller and the Little Match Girl. Her voice is so beautiful and sweet, it enhances how heartbreaking her performance as the Little Match Girl is. They are backed up by a brilliant ensemble of actor-musicians, with a particular stand out performance from Danielle Kassaraté who commands the stage as the Narrator.

The score written in collaboration by Brendan Milburn, Valerie Vigoda and Rachel Sheinkin is whimsical and capture the mood of the scenes perfectly from the hyper, upbeat and fast The Sales Pitch to the sombre Wonderful. The small space of the Union Theatre works well for Natalie Johnson’s set design, creating the homely feel of Brendan’s apartment while Alex Lewer’s lighting design is transportive and stunning, particularly when the show brings the story of The Little Match Girl to life. 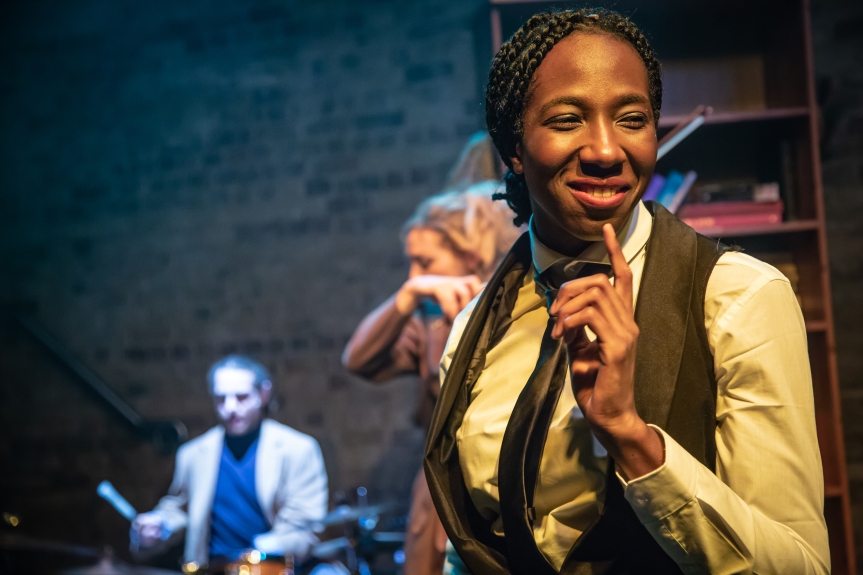 Overall, I found Striking 12 to be so lovely and beautiful, the whole show felt like one big warm hug. With fantastic performances and a stunning score, this show is the perfect treat to bust those winter blues.