With this being my third production of J.M. Barrie’s in the last two years, going into the show I did wonder how much different could anyone possibly make a production of Peter Pan anymore? Luckily in Jonathan O’Boyle’s vibrant production, this version of Peter Pan is mostly targeted at the younger ones, but is still performed by an excellent cast and is undeniably fun to watch. 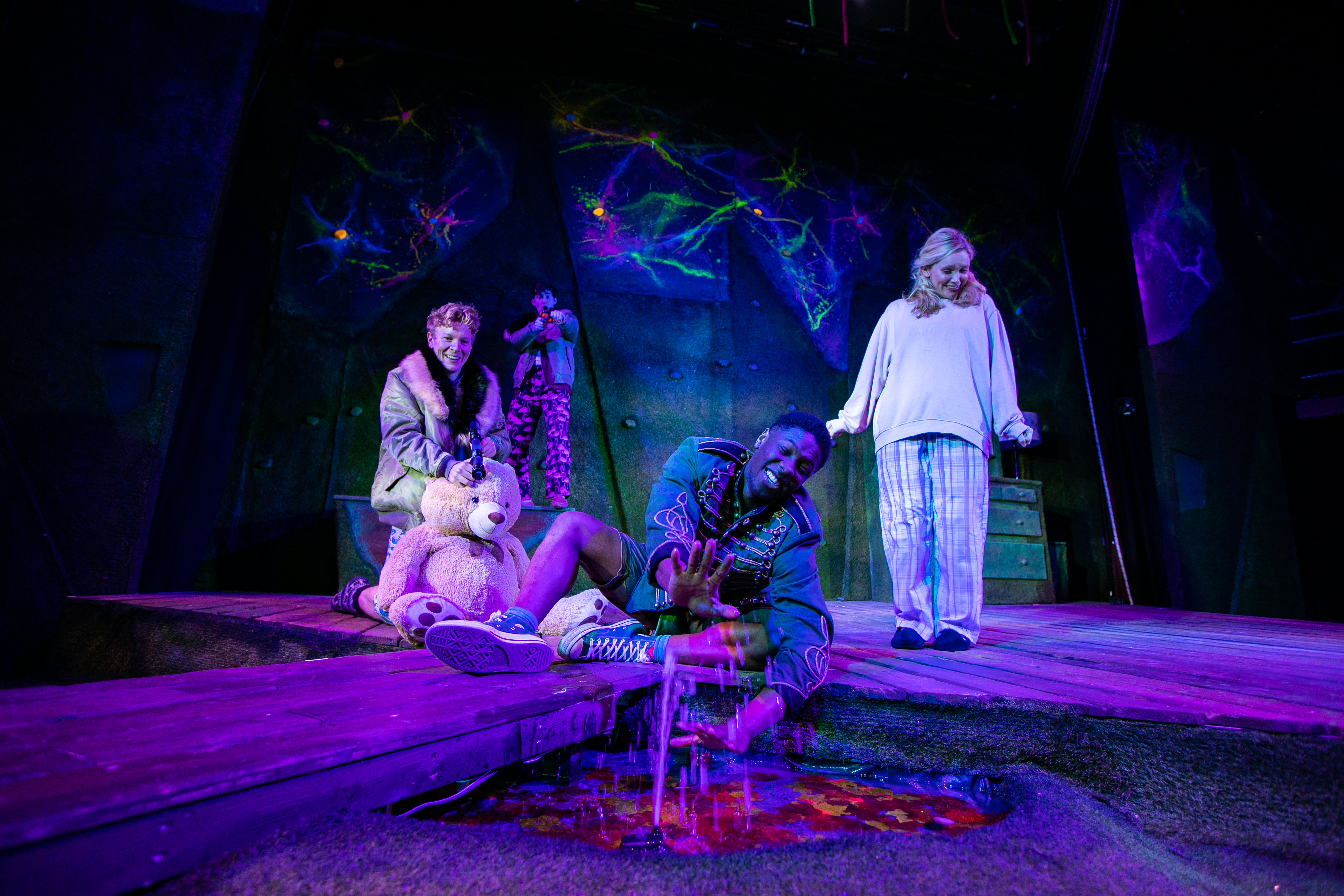 Playing the lead role of Peter Pan is Nickcolia King-N’Da, who balances the fun and adventurous side of Peter with the naive and kind of nervy side on a fine line. He is a fantastic leader. Playing his nemesis Captain Hook (and doubling as Mr Darling) is Alexander Vhalos who I didn’t find that scary (although saying that, a child did start crying when Captain Hook came on stage) but his Hook was more goofy than other interpretations I had seen and that did make him entertaining to watch. I also must note Natalie Grady’s wonderful doubling performance as Mrs Darling and Smee, who was also a bit more goofy than intimidating but this only made Smee that more loveable, which definitely worked. 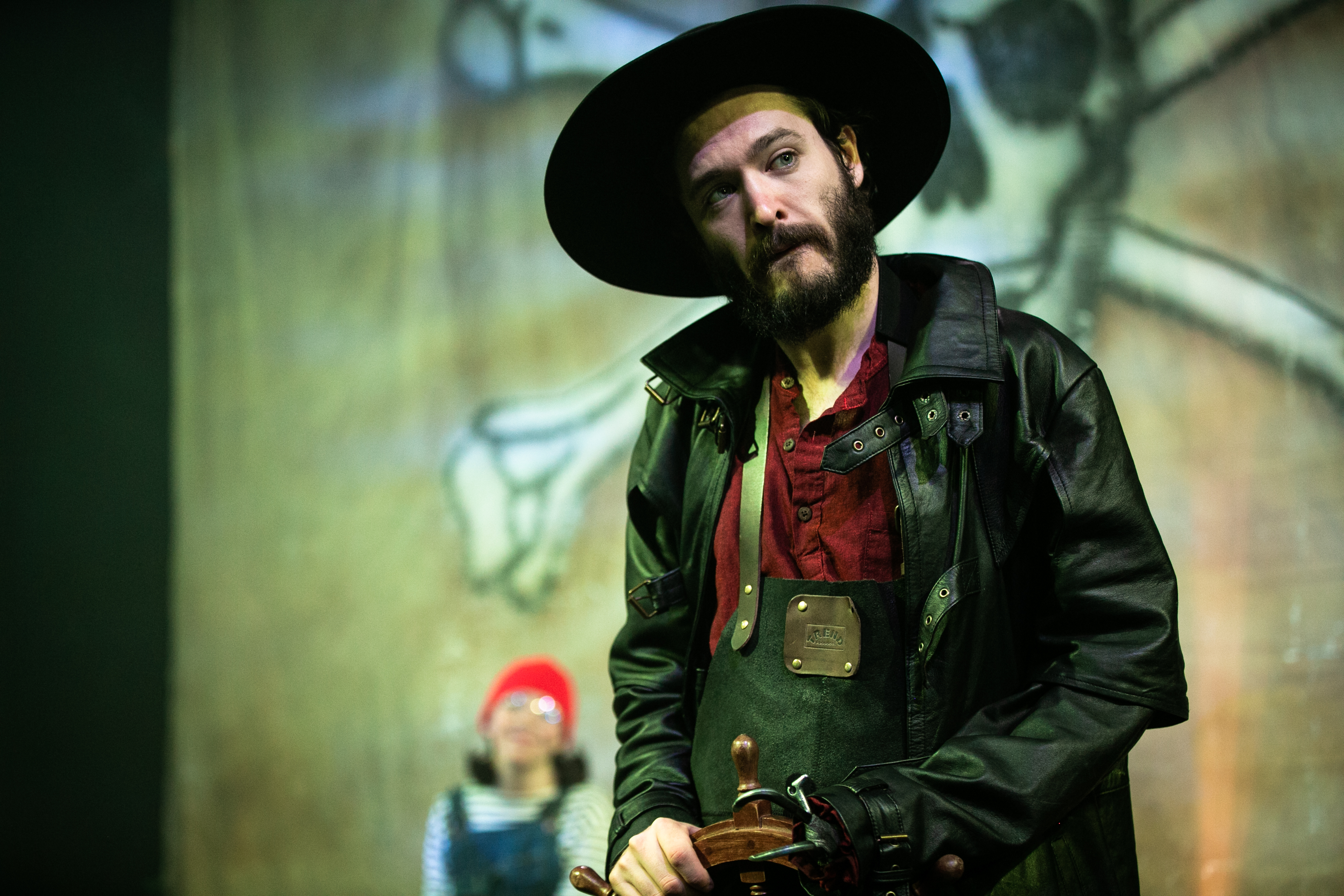 Despite the Park200 not being that big of a theatre, any scenes that included the element of flying were wonderful to watch and didn’t appear cramped as they could’ve. The design by Flying By Boy is subtle and fits into the piece like a glove. The production also contains beautiful fight direction by Christian Cardenas which really brought the action to the forefront, particularly in the battle scene between Peter and Captain Hook. 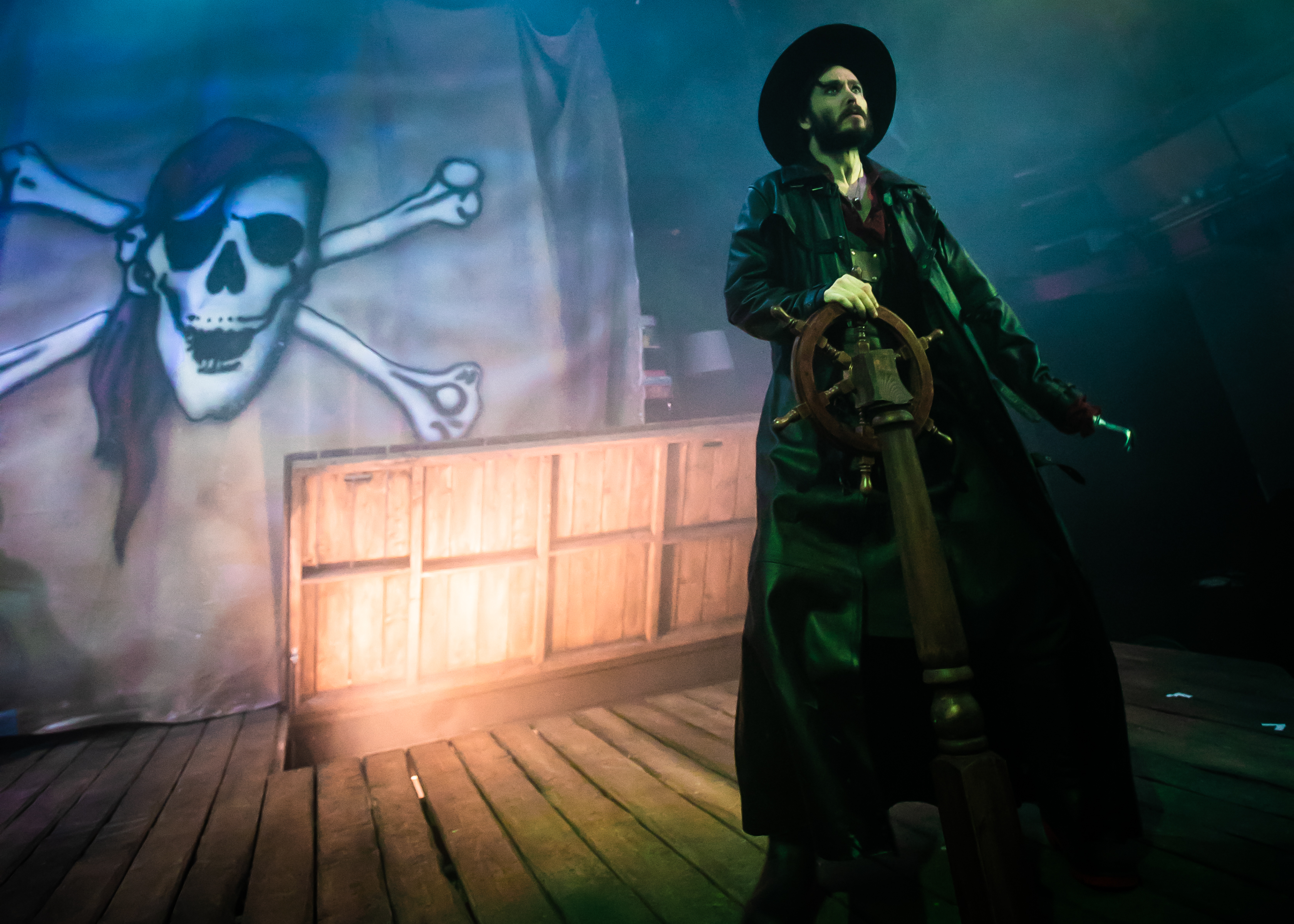 If you’re looking for an alternative to the panto this Christmas then definitely check out Peter Pan at the Park Theatre. Although this production doesn’t delve into the darker themes of J.M. Barrie’s novel but it is such good fun, targeted towards the younger members of the family more so than the older ones but does have something that everyone can enjoy.