In Jeanine Tesori & Brian Crawley’s musical, the titular character Violet heads from North Carolina to Tulsa in order to seek out a preacher who could help heal her facial scar, caused by an accident in her childhood. On Violet’s journey, we see how the relationship with her father shaped her and how the friendships she makes help shape the rest of her journey. 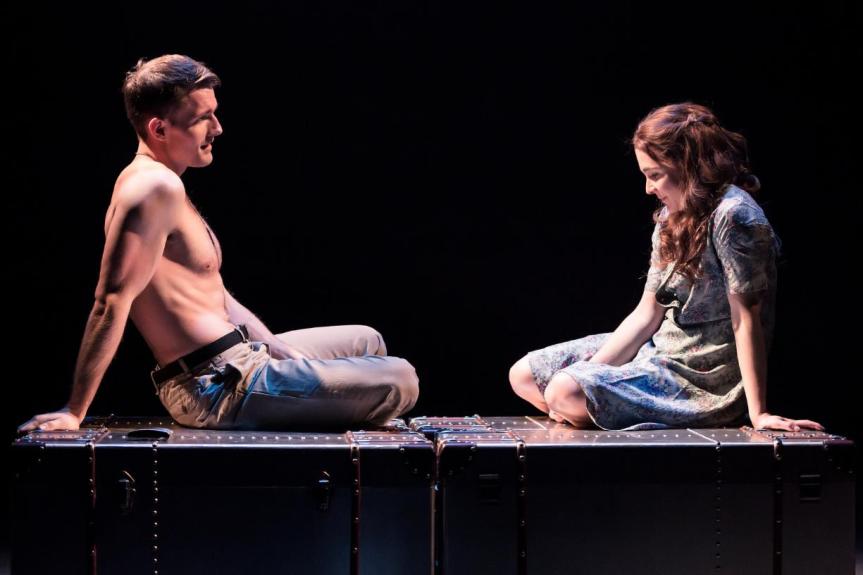 I have to firstly note that the round set, designed by Morgan Large, is placed in the middle of the Charing Cross Theatre auditorium, which I believe is a first for the theatre? The stage also had a revolve and minimal set pieces which added further emphasis to the literal and metaphorical journey Violet is on throughout the show. Leading the cast as Violet is Kaisa Hammarlund, who is utterly fantastic in this role and has the audience in the palm of her hand the entire time. After seeing her in Fun Home last year, I knew she was a great actress, but I had no idea of the powerful voice that lied underneath. There’s also fantastic support from Matthew Harvey & Jay Marsh as Monty & Flick, two soldiers Violet meets on her bus journey. I also thought Kenneth Avery-Clark was particularly brilliant as the Preacher too.

Jeanine Tesori’s score is lively and very much influenced by country music of the 1960s era, where the show is set, which is another aspect I haven’t often heard of in musical theatre. However, what lets this production down is how bland the book of it is. Filled with time filling flashbacks and an unnecessary love triangle, it made a 100 minute show feel like it went on for hours. Frankly, if you’re looking for a better Jeanine Tesori show to watch, then run to Caroline, Or Change or Fun Home instead.