In her writing debut, Holly Robertson’s play follows Sarah and Frankie as they begin to develop a strong friendship after a severe accident brought them together. While Sarah is being sent hate mail and is still grieving the loss of her daughter, Frankie is suffering from depression and the two find solace in each other’s company.

Ellie Piercy and Bianca Stephens are both excellent together with great chemistry and give emotionally driven performances on their own. As Sarah, Ellie Piercy starts off delivering a quite cold performance that breaks down as the play reaches the end. Bianca Stephens gives a very authentic performance as Frankie, whose above the surface anxiety feels very real and adds another layer to her character. 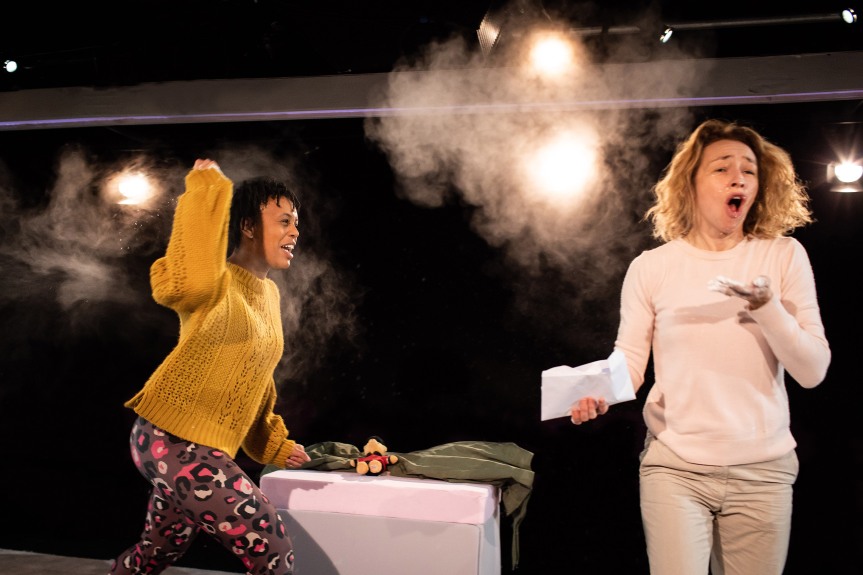 The set design by Anna Reid is done in the round with minimal set pieces that resemble an empty child’s room, adding emphasis on the somewhat bareness of Sarah’s life. It works well when the scenes take place at Sarah’s house but not so much when they don’t, like in a club for example. 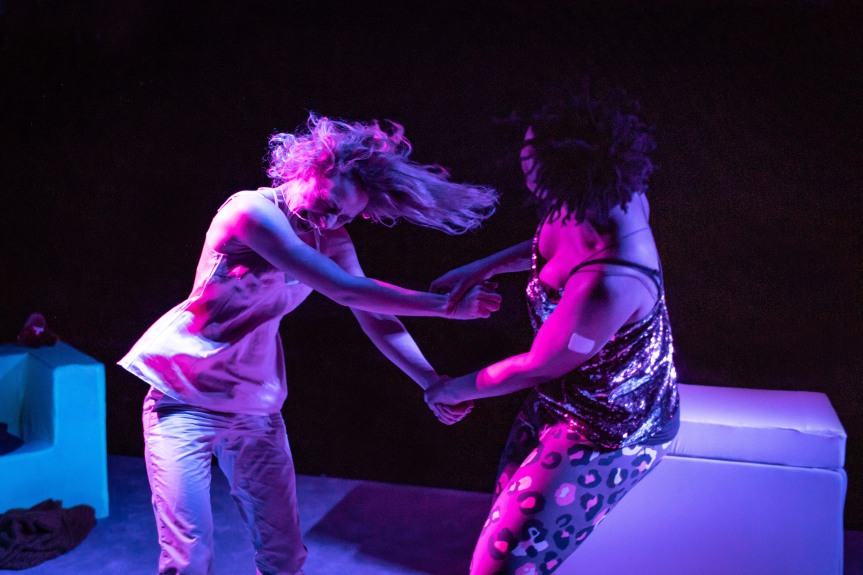 For a debut play, it really is a superb effort from Holly Roberston. My only real issue with the play was that I felt there was no climax, the play built up because it had to. There are these little inklings as to what it was that brought Sarah and Frankie together but I didn’t find it a particularly shocking ending. That being said, Soft Animals is worth seeing for the brilliant performances and for touching on subject matters that don’t often appear on our stages.