After wowing audiences on Broadway, the hit Sara Bareilles scored musical Waitress has finally made it’s way across the pond to the West End. Based on the cult film by Adrienne Shelly of the same name, Waitress follows Jenna, an expert pie maker in her small town who discovers she is pregnant by her emotionally abusive husband, a marriage she has felt unhappy in for a very long time. With the help of her best friends, fellow waitresses Dawn and Becky, Jenna sets out to win a local pie contest so she can leave the town and her husband behind for good. However, her plans take a detour when the new doctor in town makes an impact in her life. 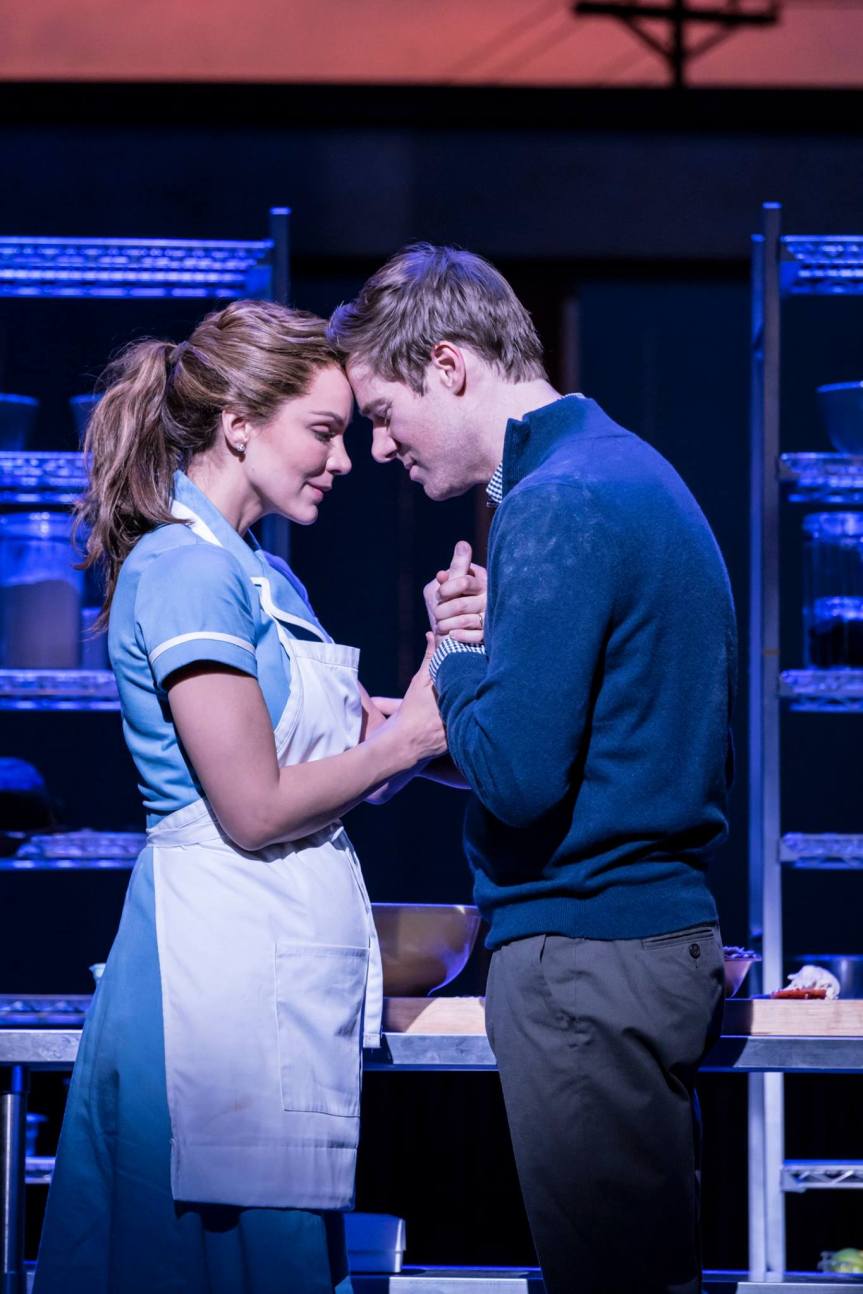 The score by Sara Bareilles stands out from the rest of the musicals, currently in the West End.  The pop and country-infused score is fun, fresh and adds a homely atmosphere to the Adelphi theatre, making the audience feel like they’re part of the small southern American town too. Performed by an excellent ensemble, the cast is led by Katherine McPhee as Jenna. Having played the role on Broadway to great acclaim, it’s no wonder the producers wanted her to open the London production. Her voice is stunning and her rendition of She Used To Be Mine was beautiful and moving.  Playing her best friends and fellow waitresses Becky and Dawn are the exceptional Marisha Wallace and Laura Baldwin who have incredible voices and are brilliant to watch. 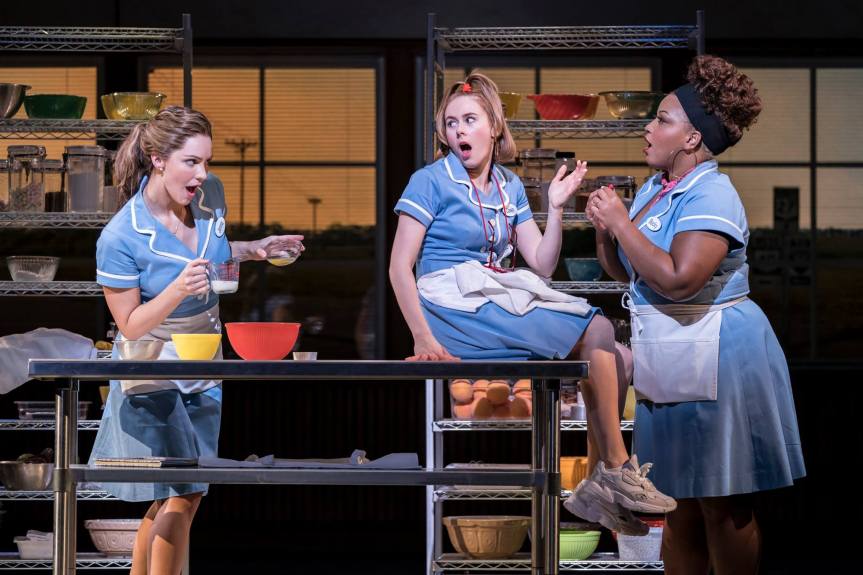 Waitress is a really enjoyable show and I do think this is a really sweet show that makes you leave the theatre feeling really good. But is it flawless? No. Firstly, the two main male characters are not well written at all. Dr Pomatter, who Jenna has an affair with, is really sweetly played by the fantastic David Hunter. But why is no one paying attention to the fact that he’s actually quite trashy? Actually this whole plot point is a bit trashy, when you think about it. I guess, the audience is meant to sympathize with Jenna because she’s in an emotionally abusive relationship with Earl (played by Peter Hannah who shines) and the way he treats her is really not acceptable. But there’s no indication as to why Dr Pomatter was so willing to cheat on his wife. Are we supposed to love Dr Pomatter anyway because he’s a bumbling dork? Then there’s Ogie, played by Jack MacBrayer. Now, Jack had me absolutely howling with laughter at some moments (and not because of his lack of singing ability – shoutout to the ensemble who drown him out, you’re doing amazing, sweeties.). But, Ogie is a weird character and we’re supposed to find it endearing that Ogie would turn up to Dawn’s workplace and profess his love to her, despite Dawn rejecting him multiple times? It’s not endearing/cute/romantic. It’s BLOODY CREEPY AND WEIRD. IF SOMEONE TURNS YOU DOWN, YOU MOVE ON. I’m SO sick of this trope, can this stop? This also goes for Jenna and Becky pushing Dawn into getting a boyfriend, as if there’s some sort of time limit for women to just hurry up, throw some make up on and just go and lose their virginities already. Just stop it. 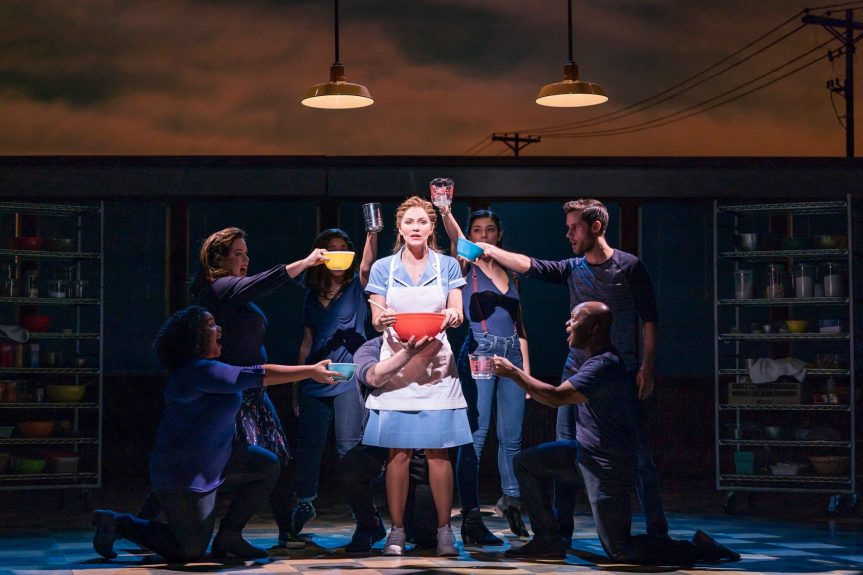 I also found the plot was predictable in some places. That being said, I can see why Waitress has started a movement of young women championing this show. It’s really quite wonderful to see three women on stage finding strength in themselves and in each other. Would I go see it again? I would. But I’m in no hurry.