The Comedy About A Bank Robbery @ Criterion Theatre*

In Mischief Theatre’s 3rd West End outing, on it’s third birthday I finally caught The Comedy About A Bank Robbery. Just like The Play That Goes Wrong (which I saw and loved), this play is exactly what it says on the tin. It’s about a bank robbery. And it’s a comedy. Or it’s supposed to be, anyway… 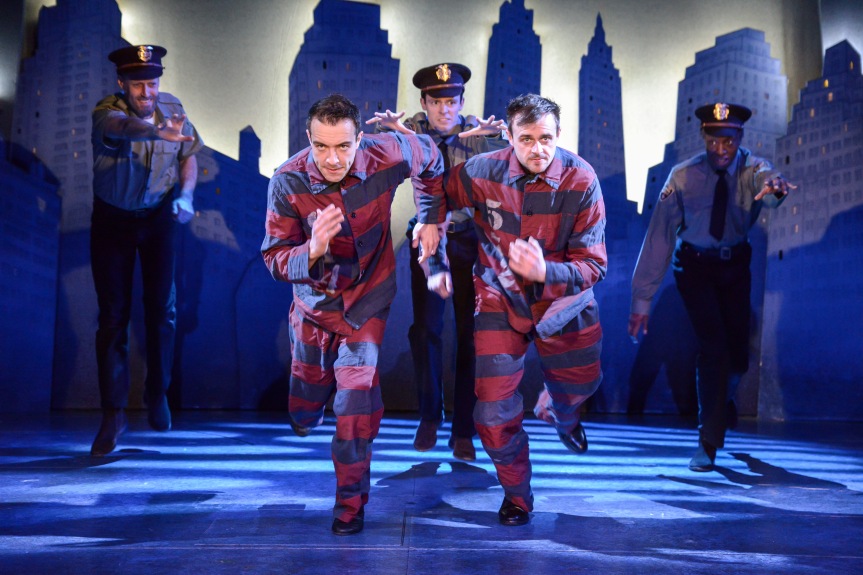 I have to start off by saying I absolutely loved The Play That Goes Wrong when I saw it last year. I felt like that was, and still is, a completely original comedic masterpiece that used it’s staging and ability to be incredibly self aware very well. The Comedy About A Bank Robbery does have some truly brilliant scenes of physical comedy. And the cast are very, very talented and they land the laughs. The only problem is, I felt like I had seen everything in this show before. Not just in The Play That Goes Wrong but in other comedies as well. There’s nothing wrong with taking inspiration from your influences but there were a couple of moments I spotted where they felt like carbon copies of memorable moments from other pieces of comedic art, like Monty Python as an example. There’s one scene where one of the characters fights with himself that was taken straight out of Richard Bean’s One Man, Two Guvnors. Mischief Theatre do joke in the programme that they’ve been accused of pinching from other places before and good on them for being open about it. But it just felt very unoriginal to me and, in turn, felt boring and unfunny. 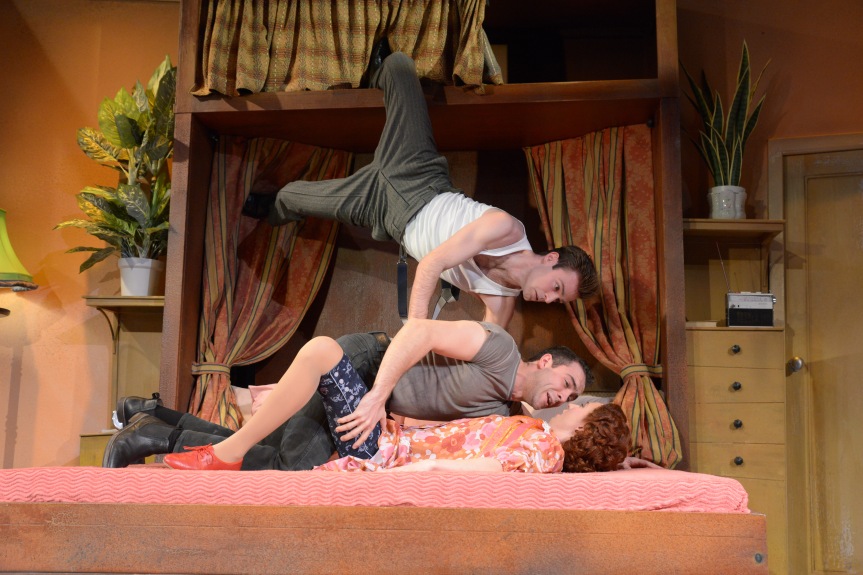 That being said, the set design by David Farley is masterful and manages to be seamlessly interchangeable despite, what looks like, a small stage. The physical comedy aspects of the show were particularly impressive too, especially towards the end. And the entire ensemble of actors all do a really good job and there is no weak link between them. But for me, I have to say the stand out is Jenna Augen, who delivered the last line of the play to absolute perfection.

I’d say give the show a try, because as it’s been in the West End for three years now, the show is clearly doing something right. But perhaps it wasn’t for me. If you asked me for my recommendation, I’d point you towards Mischief Theatre’s The Play That Goes Wrong instead.