Phillip Ridley’s acclaimed play Vincent River takes place over an evening where Anita, a grieving mother, comes face to face with Davey, the boy who found her son’s dead body. The play deals with themes of grief, heartache and finding closure. Director Robert Chevara’s production is slick and intense, amplified by the small space of the Trafalgar Studios 2. 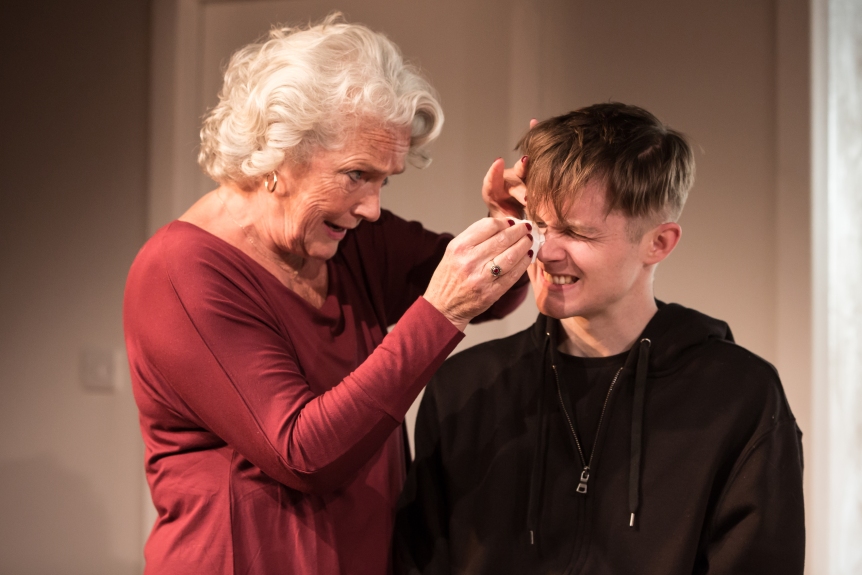 The two hander delivers excellent performances in both performers. Louise Jameson as Anita, who nails that classic East End style of changing the subject to avoid discussing something difficult while portraying a grieving mother’s heartache. Thomas Mahy also gives a fantastic performance as Davey, whose inner turmoil is projected in such a slow burn, it makes for fantastic drama. 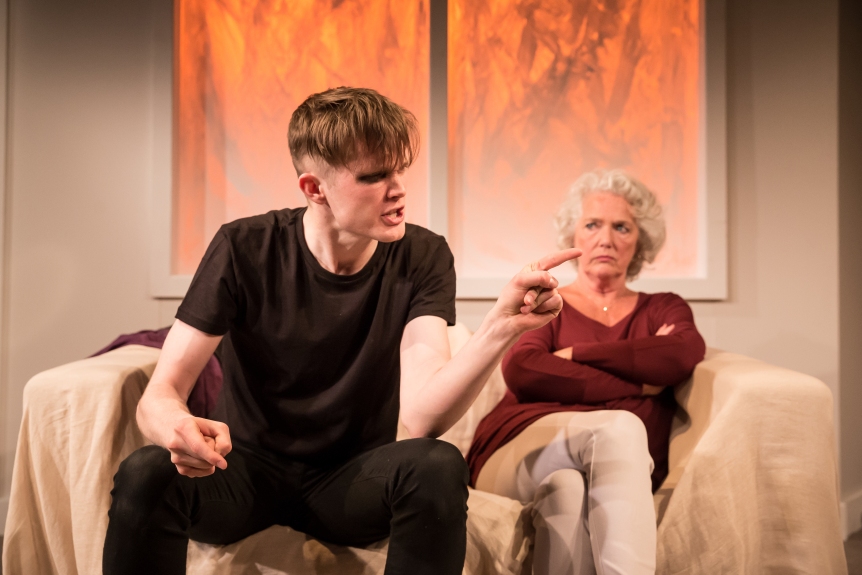 The only real issue I had with this production was the amount of time the characters spent shouting and then not shouting at each other. I get why this was done, because it does the trick in creating tension. But this happened, what felt like, every other 10 minutes and by the end it felt a little bit unbelievable because the audience, or at least I did, was beginning to expect it. 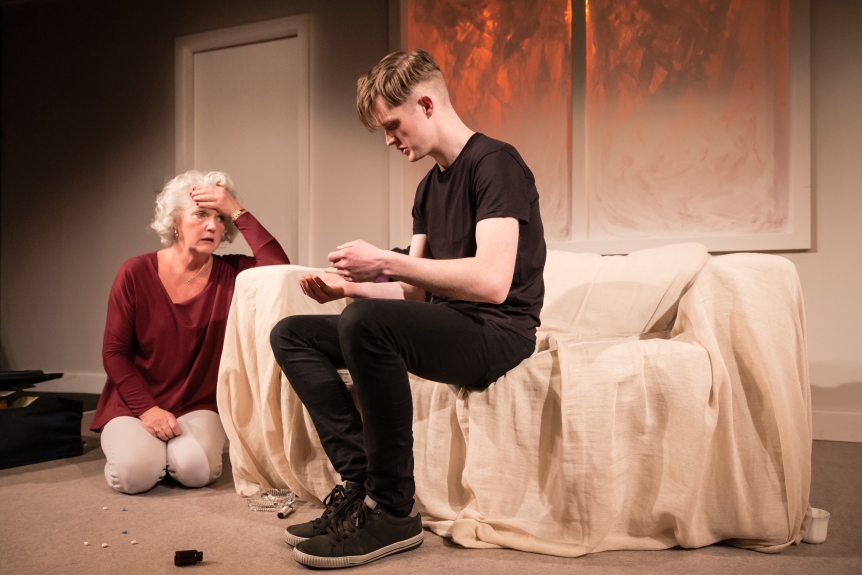 And although it may feel like we have come far from LGBT* related hate crimes, they unfortunately still happen. The revivals that have a profound effect are the ones that feel just as current as they did when they originated. If you’re looking for a fantastic, tense drama then this is one not to be missed.