Nearly 40 years after premiering in the West End, the musical adaptation of Harold Gray’s comic strip Little Orphan Annie, Annie the Musical has landed back in the West End with a crash, louder than Miss Hannigan when she’s had a few bottles of gin. Charles Strouse & Martin Charnin’s famous score sings proudly and loudly by this very talented group of actors in Nikolai Foster’s bright and colourful production but lacks an original flair that makes this production stand out on its own. 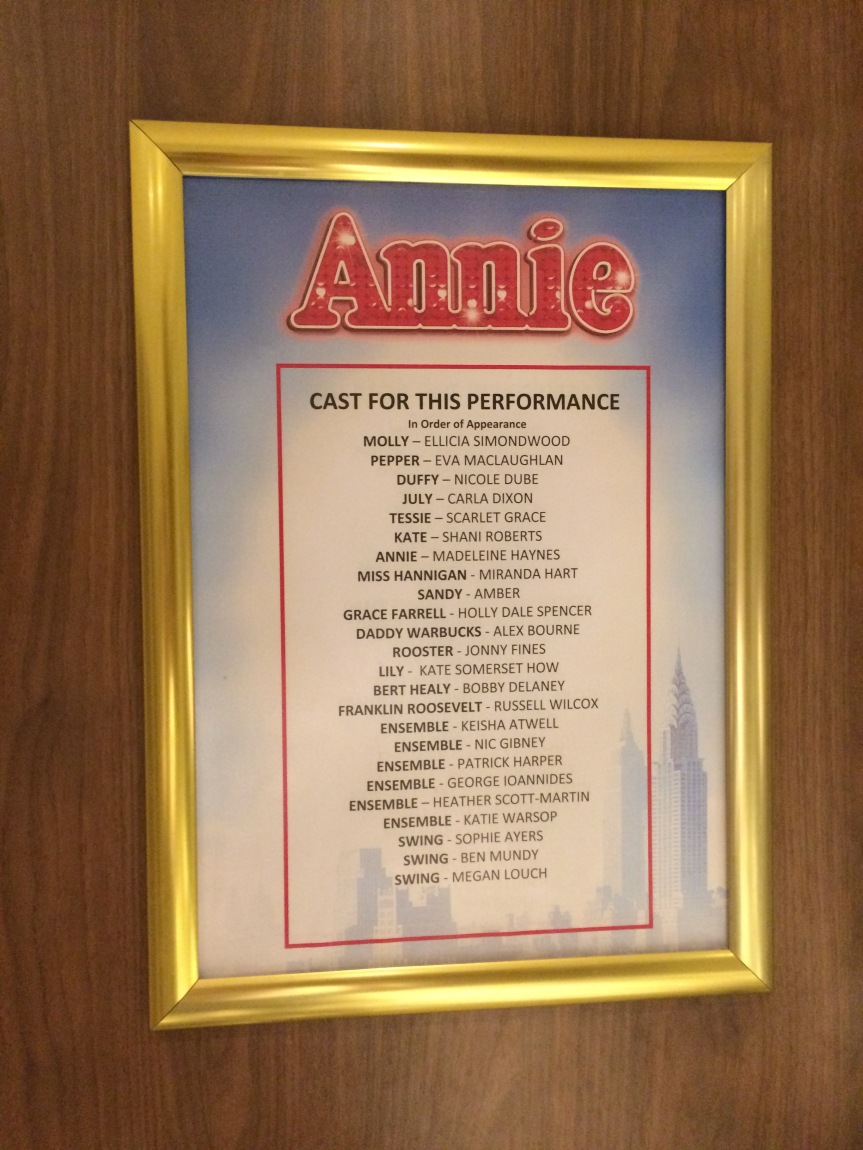 While it is Miranda Hart’s name that is plastered on the marquee, it’s really the kids that carry the show with unlimited amounts of energy and a brilliant sense of humour, in particular, the fantastic Madeleine Haynes who played Annie and Ellicia Simondwood who played Molly at the performance I attended. There are some particular stand out moments from the adult company too, especially Holly Dale Spencer and Alex Bourne who brought a lot of heart and warmth to their characters Grace Farrell and Daddy Warbucks, respectively. Miranda Hart as Miss Hannigan is actually a pretty decent fit. She’s certainly comedic, her accent is on point and she can genuinely bust a move. It’s her singing that lets her down. She’s not completely awful and she does try but she should’ve taken on more vocal training before taking on the role, she sounded slightly croaky during the show which is unfortunate.

Overall, I liked the show and it certainly is enjoyable but I don’t think it’s anything particularly special, unique or different from other shows in the West End. Colin Richmond’s set is scattered with jigsaw puzzles just to add the extra emphasis that these characters are looking to be complete again. As if you didn’t get that from the show enough. I know I’ve dragged it over a few things however one good thing about the production is that it is certainly a fun show to take the family to. But if you asked me, I would recommend going to see Aladdin or School of Rock instead.